Top Posts
5 Tips for Having a Successful Dating Life
Unlocking the Potential of AI and Machine Learning...
Leveraging Data Management eCommerce for Benefit of Your...
A Timeless Valentine’s Day gift for Wife
How to Find Best Jobs Online?
Uniquely Delivered: Online Gift Delivery
How to Choose A Home Builder: 8 Questions...
8 Awesome Features You Might Not Know About...
Steps Of Learning To Invest In Real Estate
Benefits Of Installing A Canopy At Your Home
Home » 5 Exciting Things Happening in Space Right Now
Other

There is always so much going on in space at any one time. Billionaires are traveling to space and trying to colonize Mars, some countries are trying to land on unexplored areas of the moon while some countries, organizations, and entities test and launch new types of rockets. On top of all this, there are also observations being made deep into space all the time. In this article, we will be looking at things happening in space that you should be excited about. 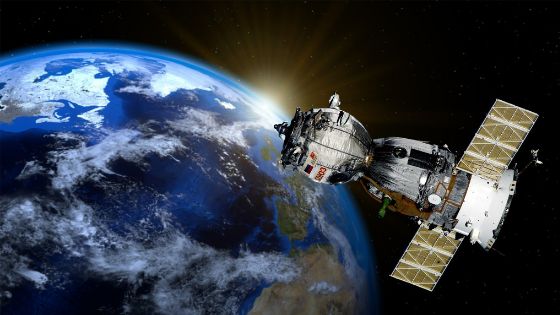 Going to the Moon

From all the reports we have seen, it looks like this is the year everyone will be trying to go to the moon. Many of the countries and organizations looking to go into space this year do not want to just orbit the earth because that now seems easier as companies like SpaceX have already launched rockets into orbit and to the International Space Center.

Fifty years after man’s last visit to the moon, NASA is gearing up to send people to the moon again. This will be made possible through their Space Launch System. This is a super heavy-lift vehicle that NASA says it will use to explore space. The first mission with the new system will be the Artemis I mission, which will do a flyby of the moon to show that people can live and work on the moon in the future. The mission is meant to do the flyby this year and then send people to the moon by 2025.

Although its focus seems to be elsewhere, Russia maintains that its 2022 lunar mission is still going ahead. Russia has not been to the moon in 45 years, and it intends to do so using the Luna 25 lander. This lander is meant to land on the south side of the moon to drill for ice since frozen water is crucial if we are to establish a base on the moon.

India is also working on sending a lander to the moon. Even after the first lander in the Chandrayaan-2 mission failed to land on the lunar surface, India says it has learned from the first mission and will likely land a lander on the moon by the end of the year. Development is continuing, and we can expect that India will be the fourth country to land a person or machine on the moon.

Blue Origin is known as the company competing with Elon Musk’s SpaceX to colonize Mars. However, the company has been focusing more on space tourism of late. In the latest edition of The Space Report, Blue Origin is reported to have taken eight tourists on a space tourism tour at the beginning of April. The Space Report also notes that Virgin Galactic wants to challenge both of these companies for a share of the space tourism industry. Virgin Galactic has already opened ticket sales for the first commercial flights that should be ready by the end of the third quarter of 2022. With three companies vying for some share in this enviable industry and as technology advances, the hope is that the cost of space travel and tourism will fall in the coming decades.

Although this does not happen often, the planets Jupiter and Venus will be riding together across the sky on April 30th, 2022. These planets will seemingly get close until there is a very small gap between them, and then they will rise together and stay together like that until nightfall.

If you want to get a great view of the two planets riding alongside each other across the night sky, you should get some telescopes and binoculars. The two planets should be visible a few degrees high off the horizon and to the east-east-southeast. You can identify Jupiter by its large cloud bands and four accompanying moons, while Venus would be the gibbous shape to the east.

Technology and innovation are important to NASA because the organization understands that if we want to go further into space, we have to develop new technologies. With this thinking, NASA has selected and backed various technologies that seem like they come straight out of a movie.

One of the more exciting innovations is a parachuting probe. The probe will have the ability to enter Venus so that it can collect samples of clouds and gas. All of this is meant to help scientists from the Massachusetts Institute of Technology in their quest to discover if there is life on other planets. The main challenge for this mission is the temperature on Venus which, being much closer to the sun than the Earth, is much hotter.

3D is also coming to the fore, with NASA funding a project enabling astronauts who visit other planets, namely Mars, to 3D print suits while on a mission. To enable this, astronauts will enter their dimensions into a machine, and it will print the suits for them. This is a cost-effective, comfortable, and tailored solution for those looking to visit the red plant.

Europe is Going to Mars

Many countries are thinking beyond the moon and looking to send rovers to the red planet. The European Space Agency is the latest entrant to be interested in sending a rover there, with the Rosalind Franklin rover set to visit Mars this year.

The rover is meant to collect surface samples, crush them, analyze them, and then send back reports. The rover will have an onboard laboratory meant to analyze all these samples, including those collected from a depth of 2 meters. This rover will land in an area where there is likely to be organic matter to explore if there was earlier life on Mars.

We can also expect more reports and details from the Perseverance and Curiosity rovers.

The next year will be an exciting one for those who love space. There are numerous missions, probes, landings, and exploration being planned all over the world. We can only hope they help us have a better understanding of our universe.

How to Work on Your Thesis or Dissertation...

9 Strategies to Adopt During COVID-19 Pandemic