Top Posts
Signs of Failed Dental Bone Graft
Why Surround Yourself with Positive People
6 Winning Ecommerce Marketing Strategies in 2022
9 Reasons to Pull Out A New Line...
How Machine Learning is Improving Data Annotation
Will Computer Science be in Demand in 2030
10+ Creative WordPress Portfolio Themes For Designers
Five Benefits of Organic Hair Color
Why Lenders Ask For A High CIBIL Score...
Dental Tools: Things to Consider Before Making a...
Home » 10 Things You Need to Know About Dating Someone in the Military
Relationship

Military couples face long deployments and other difficulties unlike any other LDR or long-distance military relationship. As a result, maintaining a relationship with a long-distance serviceman or woman necessitates more effort and forethought.

In the long run, physical and geographic separation can benefit a couple. Regular communication, combined with active listening, is an effective strategy to strengthen and maintain your relationship.

Long-distance couples are fortunate in today’s world since they can communicate actively throughout the day. 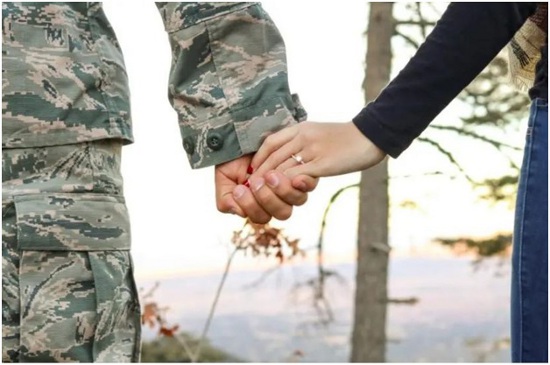 Thanks to Facetime, WhatsApp calls, messaging, and phone calls, long-distance communication is now possible, which prior generations did not have. You may now stay involved regardless of where the other person is stationed and keep track of what they do throughout the day.

Communication is vital, as is understanding what it takes to keep the connection ablaze.

However, there are a few things to know and consider before dating someone in the military.

High Level of Anxiety and Stress

People dating military soldiers suffer a lot of stress, which is a considerable concern. Even if they are not going to be in battle, you will experience stress and anxiety when you are around someone ready to deploy to a distant area.

Your partner will depart, and you’ll have to deal with not talking to them as much as you’d like and managing the entire household. Many resources are available to folks who are about to go through this difficult time. It will take time to learn how to manage stress and anxiety in your situation, but you can practice.

You should be aware that this is a genuine and prevalent problem while dating military personnel.

What happens if they are taken from your arms by the military? Unfortunately, there will be a lot of alone time. Perhaps boot camp is in order. Or, even worse, a deployment.

So, you knew what you signed up for before getting engaged with a military person. You’d be apart many a time, and you’ll hear a lot. However, it’s inconvenient but correct.

Things don’t make it any more straightforward, though.

Keep yourself occupied. When you have the opportunity, speak with your loved one. When they are going through a difficult period, remind them of your love and support.

Remember that this isn’t going to last forever. Duty stations in the United States are just around the corner.

One of the most appealing aspects of serving in the military is the high level of job stability. You aren’t going to work one day and find out that your position has been eliminated by chance. People sign military contracts, and unless they do something genuinely heinous to get kicked out, they are guaranteed to keep their jobs.

This is beneficial if you’re thinking about starting a family or seeking financial stability in your relationship.

Also, serving in the military provides an excellent salary, medical benefits, educational benefits, and family support programs solely available to soldiers. And if you marry the soldier, you’ll gain a lot of those bonuses as well!

To avoid spinning round in circles with poor communication, learn each other’s communication style long before you’re separated.

Here are some things to consider before and during the separation process:

● When you’re well-rested, speak up. Save significant discussions for when both of you are well-rested and have free time. Talk about things like finances, holiday planning, and so on. Frustration will result if these discussions are rushed. Unfortunately, the only option is to send an email or a letter when they are deployed.

● Listen attentively before responding. Even if you genuinely want to react, interrupting somebody in the middle of their sentence can easily derail the conversation. Try to pay attention to what your partner is saying, paraphrase it, and then go on with your thoughts.

● Set reasonable goals for yourself. When your service member is on assignment, it’s doubtful that you’ll hear from them every day. Communica    tion can be disrupted (for days), and/or letters can be misplaced in the mail.

● It is possible that you won’t hear from your person for days, if not weeks. But remember that they’re doing a very important job — essentially, homeland security — and that connecting with family isn’t always possible.

The military prefers to keep its personnel focused.

Your service man will have very long workdays (even onshore/stateside commands) due to this. They may even decide to stay on base for the night if it has been a 15-plus-hour day.

That romantic meal with candles and champagne will have to be postponed. The federal government will often change your grand intentions quickly and without warning.

That may entail sending your sweetheart to Atlanta for three months of training. Occasionally, this entails a year-long deployment. When you’re part of a military couple, you get a lot of alone time. Learning to be self-sufficient can be one of the most beneficial skills for surviving the most trying times in a military relationship.

Spend some time learning a new pastime. Join a group. Get to know other military girlfriends/boyfriends/spouses, etc.

It may take some time for you to feel at ease in the military environment because it’s an entirely different ball game than you’re used to. Unless you grew up as a military person, it would take some getting accustomed to before you feel at ease.

The military’s language and terminologies can confuse a newcomer, so you’ll need to learn, grasp, and adapt to their quirks before you can fit in. You can also learn how to handle the military world as a companion to a military man by studying other military partnerships.

Just remember that in the eyes of the military, the uniform comes first. It is unconcerned with the intentions you made a year ago. Or the reality that you might be on the verge of giving delivery when the orders arrive.

It’s not an easy task. It’s not enjoyable. But that’s life in the military. And if it can teach you anything, it’s that flexibility that makes everything look much more effortless.

You’ll be chronically exhausted if you’re stubborn and cry every time your plans are adjusted due to a new mission plan.

Rather than getting irritated when your leave time is canceled, take the opportunity to do something for yourself.

Remember: You’ll find that going with the flow reduces your stress and makes you less resentful and furious.

Military service can be demanding. Even if they aren’t deployed or in battle, the day-to-day grind can be exhausting. This implies that your soldier may return home emotionally exhausted after a long day or a field training activity. This is a fantastic opportunity for you to show your support! However, if you require a lot of emotional TLC, you may face additional difficulties on some days.

Being Timeliness and Sharing Details

This can be both a pro and a drawback when it comes to dating a military man or woman. The military emphasizes the necessity of arriving on time (which is 15 minutes early) and paying attention to little details.

On the one hand, this results in a very productive individual who is always on time and does a good job. On the other hand, they may become irritated if you or someone else fails to meet the same level.

Some troops are good at compartmentalizing, but others have it so ingrained that it could affect their personal lives and your relationship.

For military spouses, marriage or relationship represents more independence than codependent exchanges. In other words, your husband or boyfriend cannot be your first call in an emergency.

This isn’t because your partner is untrustworthy; it’s because you know he won’t be available at all times. As a result, if you’re in danger or require immediate assistance, you’ll have to dial other people’s numbers first.

You’ll also need to learn some talents that a real husband or partner would always do for his girl; these skills will come in handy when he isn’t around and you can’t reach out to anyone else right away.

Military personnel doesn’t waste time. Past relationships may have played mind games with you, or they may have gently deferred a lot of your decision-making because they’re ‘new guys’ and urban. Your soldier buddy is accustomed to taking and giving orders.

There will be no ambiguity. He’ll think of himself as an alpha male, which means he’ll be adamant about doing what he feels is best for you two. Allow yourself to be pampered, and allow yourself to be valued. He may appear less advanced than you’re used to, but he’ll put your happiness first. And she’ll never back down from a commitment.

So, if you’re thinking of dating someone in the military, keep in mind that there will always be obstacles. As a military significant other, your efforts are rewarded with great respect, love, and admiration.

However, there will be plenty of resentful service members and military spouses who will fill your ears with bad counsel and horrible stories. There’s a good relationship for every terrible one.

Military relationships are complicated, but they are worthwhile when you persevere through difficult times. Everyone’s military romance story is unique, and you get to write your own.

Although it isn’t always easy, you will look back on these early phases as the sturdy foundation upon which you built your love relationship. So, if you are planning to date someone in the military considers using one of these best military dating apps and get hitched!

What is Pinky Promise or Pinky Swear? Meaning,...

How To Balance Meaningful Travel & Your Relationship...