Top Posts
Advantages of Hiring a Caterer for Your Next...
The Complete Guide to Conduct A Virtual Event
Signs of Failed Dental Bone Graft
Why Surround Yourself with Positive People
6 Winning Ecommerce Marketing Strategies in 2022
9 Reasons to Pull Out A New Line...
How Machine Learning is Improving Data Annotation
Will Computer Science be in Demand in 2030
10+ Creative WordPress Portfolio Themes For Designers
Five Benefits of Organic Hair Color
Home » Mental Help: Female Victims Of Physically Abusive Relationships Must Remember These!
Relationship

Love should heal you, not hurt you. It’s one thing to say you can be hurt while loving someone as you let them go. Another thing to say you are being intentionally hurt physically by that person you love and who “loves” you. The latter is a no-no, sweetie.

Women who are being battered with physical abuse by their husbands experience mental and emotional pains as well. Usually, it’s out of the man’s anger, even though not directly towards the woman, that he hurts her. 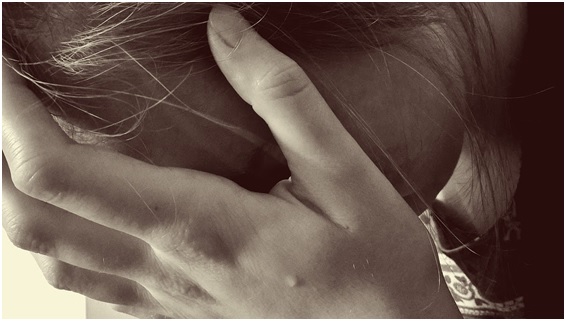 This is really alarming because women who are victims of a physically abusive relationship live a frightened life; many traumas are inflicted by their situation. It’s very dangerous, too, because too much and too often physical pains caused by the husband, who is naturally physically stronger as a male, may cause serious illnesses to the woman; in the worst cases, even death.

Many of these battered wives cannot easily leave their husbands for the reasons they have within themselves. Maybe she really loves him. Maybe she is still hoping he will change. Maybe she is afraid of him getting angrier if she did that. Those are just some of the numerous possible reasons.

If you are one of those battered women or wives, physically abused by your man or husband, there are things that you must remember. You need to help your mind to become stronger and wiser, so you can think straight and make decisions that will save you.

1. Never Blame Yourself For Being Battered

Some women are hurt by their husbands because of their intentional wrongs such as having an affair with another man. That’s a different case which is not the focus of this point. Set that aside for now. 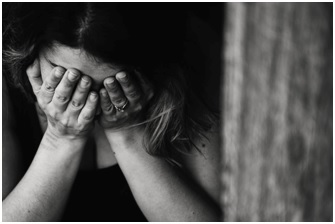 Here’s the focus. Some women are being hurt by their husbands because of petty reasons which include hatred when the wife makes simple, forgivable and unintentional mistakes which are sometimes committed accidentally. Like what? Not being able to cook immediately, accidentally breaking an important item in the house, staining his favorite polo. They seem like the scenarios you watch in TV dramas, right? They exist in real life too.

Some husbands arrive home drunk. What’s next? It’s a habit that they get furious at their wives, often, for no apparent reason. If there’s a kid, then, he/she will get anxious at the arrival of his/her drunk father. It’s another drama-like scene, right? This, too, happens for real.

Woman, if you’re in any of these situations, it’s not your fault for being battered. Do not blame yourself for it. You are responsibly doing your role as her wife and, if you have kids, as a mother. Your husband’s attitude and personality are problematic. You are the victim and must not be blamed.

Why is this important to remember? It’s because some women who blame themselves end up beating themselves as well due to frustration and disappointment of being “not good enough” for their husbands. When they blame themselves, they also feel like they cannot and should not get out of that toxic relationship because they are the ones to fix and not the men. That’s wrong. Again, woman, if you’re in this situation, it’s not your fault. Don’t let anybody blame you when you’re doing nothing bad. Most especially, don’t condemn yourself.

2. Women Are To Be Respected 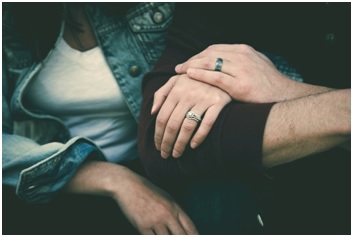 Nowadays, many say that gentlemen are already rare. Don’t let yourself be with a man that’s outside of the gentlemen circle. Don’t take for yourself a man who will be harsh and heartless to you. “He wasn’t like this before.” Sadly, maybe he changed, or situations did change him; you don’t have to endure the disrespect you’re receiving through cruelty. Respect yourself, and bear in mind that your husband must respect you too.

A man gets to this world through a woman. That woman bears him for long months, with sacrifice and tender love and care, putting her life on the line. Be surprised with a man who does not know how to respect women. Be disgusted. That man is NOT a real man.

The most beautiful way that a man will tell you he truly loves you is by respecting you.

3. A Pleasant Life is What You Deserve

Hey, you deserve to live happily and healthily while you love and are loved. Do not settle for a relationship that hands you the total opposite. 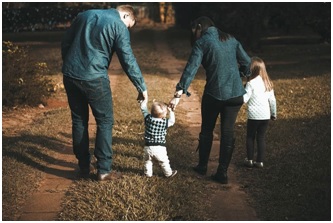 Your parents or guardians took good care of you since you were little and even when you’re already growing up. Do not settle for the least. You are qualified for the best! You do not deserve to be wrecked by anyone, even if he’s the man you gave your ‘yes’ to, not knowing that your future’s going to be horrible because of him.

You deserve to smile and laugh without hesitations. You deserve a home that’s filled with love and joy. You deserve a happy life with the man who unconditionally loves you and who will never change into the person he said he’ll never become.

4. You Can Get Out Of Toxicity

“I just endure it.” Some are martyrs like that. For their own reasons, they just live through with it. Even if it’s the worst world they can ever think of and imagine, they just swallow it. It’s very heart-wrecking, but that’s reality. 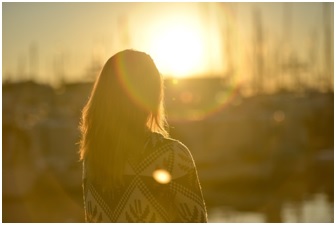 Woman, you might have thought of not doing it, but remember you CAN get out of that toxic relationship you are in. You don’t have to put up with it until it kills you or until he does. “Maybe this is love.” That “maybe” keeps you holding onto it, and it slowly fools you.

If you tried everything to make things work out for you and your abusive man, and if you are continually being pained, without improvements and good changes in your life, don’t forget that you have the choice to get out of it.

The chance might be something to be planned anytime, but the choice i always yours. If you think it’s already “hopeless” and you cannot escape it, you are absolutely wrong. Even if your husband is against that, you MAY, and you CAN.

These are some of the things that, if you are aware of and if you keep in mind, will help you take more care of yourself while you are still in a physically abusive relationship. You can be helped to keep yourself as safe as possible. Lastly, these can aid you to and when you make your decision to really leave that unhealthy relationship.

If you are a wife and a victim of domestic violence done by your husband, don’t forget you can always talk to somebody you can count on. You can seek legal help that will provide you one or more lawyers (as considered necessary, also for your kids) to bring the case to the Court. You can fight for your human right with people around ready to aid you. There are legal counseling services, support groups and financial assistance programs for battered women. You can save yourself as these concerned people and institutions lend you a helping hand.

Live Chat vs Chat Bots: Optimizing Your Customer Service for a Delightful Experience

10 Reasons Not to Buy a Custom WordPress Theme

10 Things You Need to Know About Dating...

What is Pinky Promise or Pinky Swear? Meaning,...

How To Balance Meaningful Travel & Your Relationship...

How To Balance Meaningful Travel & Your...