Top Posts
Solar Energy Benefits Detriments
How to Buy the Perfect RTA Cabinets Wholesale?
Things to Consider While Buying Godrej Refrigerator for...
A Detailed Guide on Flutter Web App
White-Label NFT Platform: The End of an Ever-Expanding...
Best VPNs for Travel in 2023
6 Gaming Setup Ideas for Inspiration
12 Easy Tips to Improve Your Natural Beauty
The Best Packing and Moving Services to Relocate...
The Benefits of Flowers in Making Us Happy
Home » The Benefits of using Shoe covers and Sensor Taps
Other

The Benefits of using Shoe covers and Sensor Taps

Shoe covers are clothes for shoes to keep both shoes and floor surfaces clean. Shoe covers help protect the shoes from dirt, water, and mud, they do not just protect the shoes but even help in keeping the floor clean. They are also known as overshoes, mostly used in bakeries, estates, and businesses. These help in protecting their shoes from outdoor moisture which can harm their shoes. These are made of rubber, the most popular kind of shoe covers come in disposable form, use it and throw it right away. They help in maintaining the hygiene standard in hospitals, bakeries, and the food industry. 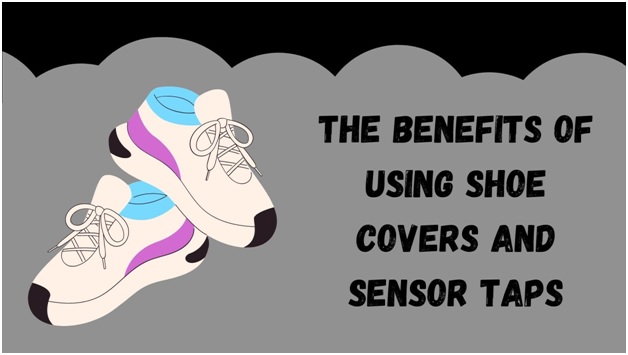 Which Places Will Benefit From This?

Every company and industry should be careful about keeping the work environment safe and free from contamination. In places like laboratories and forensic labs, it is a crucial part to keep the environment clean. Automated shoe dispenser

A tap or faucet with an inbuilt sensor and mechanism which allows the valves of the tap and let water flow when hands are detected. It even closes the valves after a few seconds when it doesn’t sensor any hand. These are very popular in places where hygiene is very important such as hospitals, laboratories, and everywhere where cleanliness is a must.

Automatic Sensor taps with their in-built mechanism have a sense of knowing when to stop the water flow. Though washrooms are not the face of your workspace they play an important role, when so many people use the taps, it raises a concern about hygiene, in places such as public transport stations, hospitals, common toilets, theatre’s, and hotels where hundred of people touch the faucet the risk of the taps getting contaminated is high. Reducing water usage is a vital part of our living, and Automatic sensor taps can be the first step towards this, as the mechanism in the faucet stops the flow of water the moment it senses no hand under it.

80% of infections are spread through hands, so keeping our hand hygiene is important. Sensor taps are not a new idea, but they keep on evolving into more convenient and beautiful designs, these taps are less likely to drip as the sensor in them shuts the water flow the moment it senses no hand in the area. The missing lever and valves increase the durability of the sensor taps as the constant use of sensors can be done frequently whereas in lever and valves might get rusted or might stop working.

● These taps are great for limited motor skills

These taps are convenient for everyone to use no matter what age they are. These taps are easy to use and operate. With the latest modes available you can easily adjust the time of water flow, the sensor, and the temperature of the water. Be it kids or old age these taps are the best way for them as they are really easy to use, when you might have hurt your fingers or you can open the tap these sensor taps can be the best installments you must have had.

With the scarcity of water, these taps have the most efficient benefit of saving almost 70% more water than traditional taps. They let water flow only how much is needed, there is no worry of running a water tap anymore. In this fast paced world with time running faster than ever these taps are the best options for us.

The invention of these taps was made to serve this purpose the most. Not only in industries or hospitals the need for hygiene and cleanliness is at home too. There are so many times while working in the kitchen we need to wash our hands in the middle of cooking and we end up creating more mess by touching the tap with those greasy and dirty hands. The most beneficial feature of this tap is you don’t have to touch it for it to work. And places like hospitals and hotels where hundreds of people visit these taps are a must.

The myth of not being able to install sensor taps in homes, sensor taps are available in so many great varieties and designs that can be perfect for your home.

● As easy to install as a traditional tap

Many people avoid getting sensor taps installed at home due to their misconception of it being complicated in installing, but the truth is they are as simple as traditional taps when installing, there is no different skill required for installation. This is the most favorable benefit of sensor taps: they are easier to install and set up, with everything explained in detail in the manual given one can quickly assemble it. With never-ending demand for these taps and their popularity, these sensor taps come in many designs and varieties

Things You Have to Know When Moving House

What is Your Twin Flame and How Do...

Why is the Catholic Church Using Prayer Candles?

Angel Numbers and Their Meaning in Our...