Top Posts
The Advantages of Social Networking Sites for Students
How to Be a Good Blogger on Instagram
Fast & Easy Ways to Stop Your Roof...
Things You Should Know Before Getting A Pool
CTProz Review – A Secure Trading Environment for...
Medic Tours Review – Adding Luxury to Medical...
Crypto Wallet Review – An Online Trading Service...
Crypto1capital Review – Why Traders Feel Mentally Relieved...
5 Ways To Get Started With T-Shirt Photo...
Roof Design Ideas to Boost Your Home Curb...
Home » Clinical vs. Non-Clinical Career Paths for DNPs: Which Is Right for You?
FeaturedOther

Clinical vs. Non-Clinical Career Paths for DNPs: Which Is Right for You?

If there is one really positive thing that can come out of these past two years of suffering and loss due to a raging global pandemic, it would be the interest many of today’s RNs have sparked anew in taking their profession to the next level. It has long been known that there is a shortage of medical professionals across the board but never before has there been such an urgency about it. 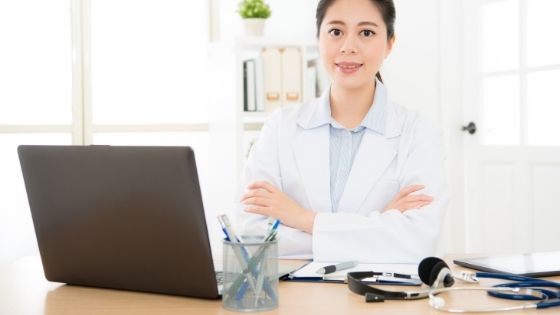 Beyond What Anyone Could Have Predicted

Before the onset of Covid-19, there was already a severe shortage of doctors and nurses here at home in the United States as well as in every other country around the world. The number of med students had been declining and much of that was thought to be due to the high cost of med school. Even though low-interest student loans are available, many young doctors have stated they maybe wouldn’t have invested so much into their future if anyone had warned them that they would be spending the better part of a decade paying back that loan.

Perhaps this is why so many RNs are taking nursing leadership courses online from Baylor University. Yes, when they’ve completed their DNP, they will hold the highest degree within the field of nursing, and yes, they will have the credentials to be administrators. However, above and beyond that, they will be in a position of authority to institute change where it is most needed. It’s good to know that there is a group of medical professionals seeking a path forward that will address the current issues we are facing in the field of medicine. This current shortage of healthcare professionals is way beyond what anyone could have predicted, and it will most likely take someone who has been out in the trenches to see a way forward.

Stepping Up to the Plate

For years, organizations like the World Health Organization have been predicting that a critical shortage in healthcare would be at its worst by the year 2040. Then more recent assessments placed that date back a decade to 2030. Much of this is due to the global pandemic but, as mentioned above, fewer young men and women are applying for entrance to medical schools, online or land based. What we are witnessing at the moment is nurses willing to take their degrees to the next level so that they can step up to the plate, so to speak, to treat those patients who are falling through the cracks. Some had been planning to advance their careers even before Covid-19 began reducing their numbers and others have decided to move forward simply to help fill the void left by doctors no longer in practice.

The above addresses the need for Clinical DNPs and although the most in-demand at the moment would be in the specialty of a Family Nurse Practitioner, FNP, there are other specialties which could be studied as well. Some of these are also in great demand because, as mentioned, doctors are leaving their respective fields due to age (planned retirement) and/or illness. What many people don’t understand is that medical professionals have been literally working around the clock since the very first days of the pandemic and many are simply burnt out. They have worked more hours in the past two years than many did in the course of a decade and there is no way to continue at that pace for very long. Although it will take RNs at least that long, unless on a fast track, to earn autonomy, the mere fact that a new generation of NPs is on the horizon is good news. Other specialties still in great demand are:

And this is just a sampling of the specialties in need of providers to fill the void spoken of above.

Non-Clinical DNPs Paving the Way Forward Through Research and Education

There is another very important side of the Doctor of Nursing Practice degree and that would be in a non-clinical setting. These advanced degrees put DNPs in settings of research and education. If there is one positive thing to have resulted from a pandemic of this magnitude, it would be the need for better, more reliable, information getting out to the public. It appears as though the first few months of SARS-CoV-2 were riddled with everything from misinformation to conspiracy theories. Sadly, it was the fault of no one because it was a newly identified virus that medical science knew little about.

The information we did have was all the result of studying the SARS epidemic of past years and although that did eventually lead to the rapid development of an effective vaccine, there was little in the way of supporting evidence when it came to possible treatments. Peer reviewed studies were slow in coming, even though every university and laboratory around the country was funneling what resources they had into the effort. The good news is that vaccines were developed, and the ones approved for emergency use have helped to slow the spread to some extent. As increasing numbers of people get vaccinated, there is every hope we will see the end of SARS-CoV-2.

So then, no matter which track an RN chooses to advance their career, you can be assured it is a much-needed advanced degree in a field that is suffering losses by the day. Today’s universities are adding information as it is discovered, and some people believe the pandemic may have even opened doors in need of research. Are you looking to advance your career while also doing something to better the human condition? If so, this would be the perfect time to get in on the ground floor of discovery. Yes, decades of research have led to treatments and vaccines, but as a medical professional, you might have something to add as well.

Questions to Ask Your Doctor Before You Get LASIK

Are Ready to Eat Meals Bad for You?

Reasons to get a Cosplay Costume

How to Learn New Skills as an...

Things You Have to Know When Moving...