Top Posts
5 Tips for Having a Successful Dating Life
Unlocking the Potential of AI and Machine Learning...
Leveraging Data Management eCommerce for Benefit of Your...
A Timeless Valentine’s Day gift for Wife
How to Find Best Jobs Online?
Uniquely Delivered: Online Gift Delivery
How to Choose A Home Builder: 8 Questions...
8 Awesome Features You Might Not Know About...
Steps Of Learning To Invest In Real Estate
Benefits Of Installing A Canopy At Your Home
Home » The Evolution of Gaming & e-sports Business
Fashion

The Evolution of Gaming & e-sports Business

Let’s start by understanding what esports or electronic sports are. The term “esports” is synonymous with “competitive video gaming.” Although they might sound the same, esports and video games are two separate entities and are similar, but at the same time are very different from one another. Video gaming is an electronic game where humans interact with the game’s interface via an input device like a mouse, joystick, keyboard, etc. However, in esports, there is human-human interaction in the form of organized, multiplayer video game competitions. These gaming competitions usually take place between professionals, often in teams and occasionally, individually. Amateurs and professional gamers compete against each other for a cash prize. 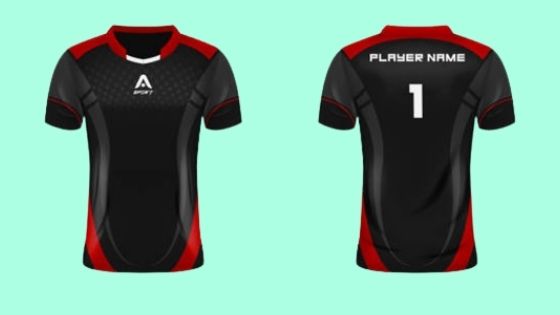 Esports are much more interactive than traditional video games. Players can communicate with one another by typing in chat or verbally, in discord. Players can compete with one another one-on-one, for example, Fifa or in teams. For example, Dota pits five players against another five players in a virtual battle to destroy the ancient of the opposing team. Children as young as 8 or 9 years old have started dabbling in the world of gaming and esports too. The most famous games right now include Fortnite, Minecraft, Roblox, Dota 2, etc.

Gaming and esports is a celebration of skill and professionalism, irrespective of gender. Esports is a mixed sport, inclusive of all genders. Unlike football, cricket, or other physical sports, men and women do not have separate teams in esports. In recent years, the number of female players has risen significantly and is continuing to grow. It is estimated that 1 in 20 women are part of esports. Though this number is still low, it is on the rise. The pro professional players are highly skilled and experienced. They know the game and its rules inside out, just like players from any other sport. They have coaches, managers, and analysts who help players develop strategies for gaming.

How gaming and esports came into the limelight

The first e-gaming event is reported to have taken place in 1972 at Stanford University. Stanford University invited different players to compete in a game called Spacewar. Spacewar was a space combat game developed in the early 1960s. Students gathered to compete against one another in a Spacewar tournament for a prize of a year’s subscription to the Rolling Stones magazine.

Gaming rose to fame after Atari organized the Space Invaders Championship in 1980. This event attracted an estimated 10,000 people and helped bring gaming out of the shadows into the limelight for people to see and notice. By the mid-1980s, gaming had become part of popular culture. However, gaming and esports really rose to fame in the 1990s as the internet opened up a multitude of avenues and opportunities.

The 90s brought with it a new era of technology. Along came gaming consoles and the internet. Nintendo became especially famous, and the Nintendo World Championship was held in 1990. Finalists won a trophy, a cash prize, and a trip for two to the World Finals, with runners-up receiving Nintendo consoles. Several other tournaments followed, and the viewership and participants increased gradually. Shortly after the Red Annihilation tournament in 1997, the Cyberathlete Professional League (CPL) was formed. With the CPL, higher-valued cash prizes started being introduced. One of the CPLs tournaments offered a $15,000 prize pool in 1998.

How the gaming and esports industry has progressed over time

In the 2000s, new and even bigger International tournaments started emerging. Major League Gaming (MLG) began in the new millennium and, to this day, remains the most lucrative esports league. Gaming and esports continued to grow and bring in more revenue as time went on. In 2011, with streaming services being introduced, it revolutionized the gaming and esports world into what it is today.

The League of Legends and Dota 2 were the most popular games on this platform. In 2011, Dota 2’s “The international” esports tournament was introduced, with a great prize pool of 1.6 million USD. This tournament made history and caught the attention of gamers from all over the world, which resulted in increased viewership and participation. More and more players wanted to compete, more sponsors were pulled in, which led to an even bigger prize pool in just a couple of years. The people’s perceptions about gaming and esports began to shift. People started considering gaming and esports as a professional career where players could earn fame and a notable cash prize.

Online games started attracting people from all walks of life. It piqued the interest of all kinds of people belonging to small countries, underdeveloped countries, and even third-world countries. In 2015, the prize pool for Dota 2’s The International was 18.4 million USD. 2015’s The International tournament was won by an American team called Evil Geniuses (EG). The first prize was 6 million USD. The team EG consisted of 5 members, one of which was a 15-year-old boy from Pakistan. This surprised and impressed everyone. Sumail Hassan became a sensation in Pakistan and inspired numerous teenage boys to start gaming, not as a pastime, instead of as a profession. More and more people began gaming. None reached his status in the gaming world, but many came close.

People are now coming to terms with the popularity of the gaming and esports industry. They have started accepting it as a serious career option with an opportunity to earn millions of dollars and celebrity status. Gaming and esports contestants are now regarded and accepted as icons or celebrities. They have a huge fan following and are a source of inspiration for young gamers.

What the gaming and esports business looks like now

Esports has now become a business and a very lucrative one at that. The COVID-19 pandemic has impacted the world and, with it, the world of gaming and esports. With the life of lockdowns following the pandemic, people have been spending a great deal of time inside. More and more people started relying on the online environment for entertainment and human connection. Major global brands have shifted gears and prefer to sponsor and advertise for a younger audience. In 2018, Mcdonald’s did not renew their 15 year-long sponsorship deal with the German football league (The Bundesliga) and instead signed a contract with ESL. This move clearly shows how much the gaming and esports industry has grown over the years and is still making strides and is continuing to grow. Hence there is a wide range of opportunities for numerous businesses in this industry, and as time passes, the options will just grow.

Credit Union Business Loans: What They Are and Where to Get Them

Why Sauvage Dior Dossier.co Perfume is Reliable to...

5 Ways To Get Started With T-Shirt Photo...

Why Cartier Still Remains The Most Talked-About Hollywood...

Some Bestselling Bags at Katie Loxton

How to Create Modest Islamic Look For Women

Shopping for Shoes Online Here are 3...

Christmas Outfit Ideas For Your Little One

How to Select A Best Waist Trainer...