Top Posts
5 Simple Upgrades That Can Be Made in...
The Advantages of Social Networking Sites for Students
How to Be a Good Blogger on Instagram
Fast & Easy Ways to Stop Your Roof...
Things You Should Know Before Getting A Pool
CTProz Review – A Secure Trading Environment for...
Medic Tours Review – Adding Luxury to Medical...
Crypto Wallet Review – An Online Trading Service...
Crypto1capital Review – Why Traders Feel Mentally Relieved...
5 Ways To Get Started With T-Shirt Photo...
Home » Five Best Places in Bhopal
Travel

written by Melanie Peterson October 16, 2017 59 views
Bhopal is a wonderful city and is the capital of Madhya Pradesh. The city is not just the city of lakes but is one of the greenest cities in the country. The beauty of this city is that it absorbs everyone. Indeed, the city has many tourist destinations and majestic spots for the visitors. 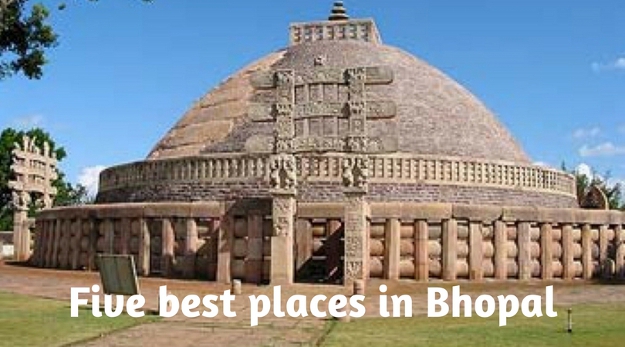 You can even find comfortable hotels in Bhopal railway station for your stay. In case you have a plan to go to any city for your coming holidays, make sure that you keep Bhopal on your list. For now, you can have a look at five best places in Bhopal.

Upper Lake is one of the most popular spot in Bhopal. It is created by great Raja Bhoj of Parmar dynasty.   It is located in the western end of Bhopal. It is not only a tourist fascination but it also satisfies the water requirements of city. It has been seen that forty percent of inhabitants of city were served through its water, which is nearly thirty million gallons per day. Moreover, the lake is endowed with beautiful sites, mesmeric landscapes and you can also carry out picnic there. If you like water activities, they are also there for enjoyment.

This park was created in year 1979 in Bhopal. The place covers an area of nearly four hundred forty five point twenty one hectares. About two point fifty lakhs tourists visit this beautiful Van Vihar every year.  The chief magnetisms of this park are White tiger and Albino Sloth bear. Moreover, it is not all,  the fauna scattered there are Sambhar, Cheetah, Lion,  Black buck, Chousingha, Nilgai,  Rhesus macaque, Wild-boar, Common Langur,  Hare, Blue Bull, Monkey, Porcupine,  Wild dogs, Fox, Mongoose,  Jackal, Wolf and so on. The park is indeed a good place to explore, especially for nature lovers and shutterbugs.

It is among the biggest and most elegant Mosques in India. The meaning of taj-Ul-Masjid is   Crown of Mosques’.  The masjid is situated on backdrop of historical city of Bhopal. The creation of this beautiful Mosque witnessed diverse spans of both inactive and active spans during reign of succeeding Begums. In 1971, the Taj-ul-Mosque was ready in all its splendour. The architecture and spiritual aura of this place is flamboyant.

Gohar Mahal is a beautiful and precious mahal in Bhopal. It is located on bank of Upper Lake. It is a lovely example of a perfect merger of fascinating Mughal and outstanding Hindu construction.  The place hosts diverse types of promotional and art shows, mesmerising fairs and cultural events.  It is a famous tourist place for people. The mahal was built in a massive manner by Qudisiya Begum in year 1820 who is first woman ruler of Bhopal. You will be amazed by the charismatic architecture and design of this place.

Bhimbetka is a UNESCO World Heritage Site and it has a collection of rock shelter paintings an archaeological richness.  The spot is located at a distance of 45kms from Bhopal.  The beautiful place is enclosed with northern outlying of Vindhya ranges.  It is a rocky land having thick forest & stony cliffs. There is around six hundred rock shelters belonging to Neolithic period were also discovered lately.

So, just check out hotels in Bhopal with rates and also explore many other destinations of Bhopal!

How to Give a Perfect Logo Design to Your Retail Business

Rich culture and tradition of Thailand

15 Top Travel Destinations in the World