Top Posts
Job vs Business. Which is a Better Job...
Why is the Catholic Church Using Prayer Candles?
3D Digital Avatars in Metaverse: How Many Types...
9 Things You Need to Give Up for...
What is Amazon Opportunity Score
Unleashing The Power Of DevOps In Business Intelligence...
What Are the Various Jobs Available in the...
Advantages of Hiring a Caterer for Your Next...
The Complete Guide to Conduct A Virtual Event
Signs of Failed Dental Bone Graft
Home » Are Electric Skateboards Legal in the US?
Sports

You may have an electric skateboard already and are worried about being taken by the police. Or, perhaps you just want to purchase one but don’t know if it’s legal. 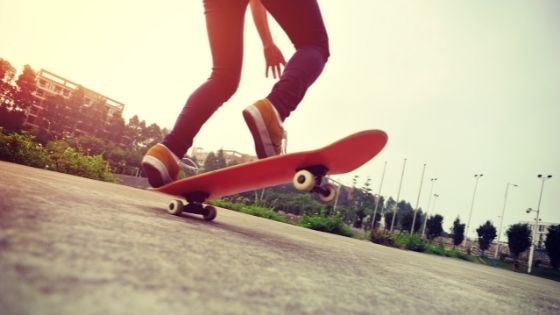 Although electric skateboarding is still relatively new, it’s just now starting to become mainstream. As we all know, technology advances faster than governments. Therefore, eskaters are currently waiting for the laws in order to catch up.

The laws governing electric skateboarding in America aren’t as simple as you might think.

Federal laws do not allow for or restrict the use of eboards. However, this does not mean they are prohibited. To be allowed on the roads, any vehicle must adhere to minimum design standards. Unfortunately, electric skateboards don’t meet these requirements. Check out the guide on new motorized board law florida.

At the state level, most states have not made any effort to accommodate electric skateboards. We’ll assume that they will look to Federal Laws to make them technically illegal.

All is not lost. Some states, and even local governments, have taken the decision to make an eboard ruling. Below I have listed a few states where electric skateboarding can be legal. Two large states are also mentioned, where eskating is not allowed.

This post will be updated to include each state. However, as you can see, it is a lot of work. Keep checking back to find out if your state was added.

Is Electric Skateboarding Legal in California?

Californians have good news. Although electric skateboards can be used in public areas, there are some rules you must follow to ensure compliance with the law.

Because it is very long and complicated, I won’t go into detail about the law. I spent hours trying to understand all of it. You can read more about the regulations at Bill AB-604 Electricly motorized boards (2015-2016).

Here are the basics of California’s eskate laws:

You must have a front light, a rear reflector and yellow reflectors for night riding. These can be attached to the eboard or rider.

Is Electric Skateboarding Legal in Florida?

Florida law prohibits the use of an electric skateboard on public streets. Florida defines a motor vehicle as “an automobile, motorcycle or truck, trailer, semitrailer or truck tractor, semitrailer or semitrailer combination or any other vehicle that is used on the roads of this State to transport persons or property and propelled by other than muscular power.”

An electric skateboard would fit this description, and it would be difficult to argue against.

Motor vehicles must be registered before they can be driven on the roads. Unfortunately, an electric skateboard cannot be registered as they do not meet minimum safety and design requirements.

Footpaths and bike lanes are not permitted for motor vehicles. This ban effectively prohibits electric skateboards from being used in public areas.

Is Electric Skateboarding Legal in Michigan?

You will also find information on some larger states.

New York also made electric scooters and electric bikes illegal. This has been met with massive public outrage, and the New York state government has not made any efforts to change its plans for electric skateboard laws.

There are many great online discussions about New York’s eskate legislation. We can hopefully all unite to make New York’s laws more effective.

Is electric skateboarding legal in Texas?

Texas does not have a specific classification for electric scooters. However, it is possible to argue that they fall under the legal definition motor-assisted scooter. In this case, it would be legal for an electric skateboard to be driven on the roads under certain conditions.

An electric skateboard is clearly included in the motor-assisted scooter category of the law that sets out the rules for mopeds, bicycles, and golf carts.

If that is the case, you can ride an electric skateboard in Texas. However, please follow these rules:

Remember that this is not an explicit law regarding electric skateboards. If an officer tells you to get off your eboard you must obey his orders.

The Best Backyard Design Tips for Your Next Remodel

Popular Tropical Fish Types You Can Find at...

A Guide to Training Martial Arts While Traveling

Top Tips for Flying with Your Bike –...

A Guide to Training Martial Arts While...