Top Posts
Advantages of Hiring a Caterer for Your Next...
The Complete Guide to Conduct A Virtual Event
Signs of Failed Dental Bone Graft
Why Surround Yourself with Positive People
6 Winning Ecommerce Marketing Strategies in 2022
9 Reasons to Pull Out A New Line...
How Machine Learning is Improving Data Annotation
Will Computer Science be in Demand in 2030
10+ Creative WordPress Portfolio Themes For Designers
Five Benefits of Organic Hair Color
Home » Understanding the Basic Rules of Playing Badminton
Sports

written by Melanie Peterson October 19, 2017 7 views
Knowing the rules for a game is important. This way, you won’t feel lost. Try imagining a situation in which you are simply unaware of the score and crucial stages of a game where you can have an upper hand on your opponent. In some cases, things may get very embarrassing. 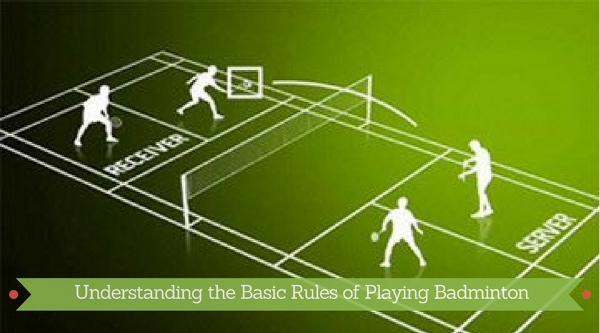 Here is brief on rules for playing badminton:

How to Play
A badminton rally starts with a serve. It ends under the following situations:
– The shuttle touches the ground
– The shuttle gets caught by the net
– When someone commits a fault.

Winning a rally will reward you with ONE point. You win the game after winning 21 rallies.

A toss is conducted prior to the start of a game. Once you win a toss, you can choose between either serving first or to start playing at either end of the court.

A badminton match comprises of the best of three games. Any first side to score in doubles and men’s singles will score 15 points and win the game. In case of women’s singles, the first side that scores 11 points will win the game. In case, the score goes to 14-all or 10-all in case of women’s singles, the side scoring 14 (10) first will have the choice to either:
– Continue with the game to 15 (11) points
Or
– ‘Set’ the game to 17 (13) points

The winning side serves first in the following game. Here, only serving side will get the chance to add a point to its score.

Ends are changed with opponent soon after the first game is finished. In case, a third game is played, you need to change once the leading score reaches 6 for a game of 11 points or reaches 8 for a 15 points game.

Shuttle Not in Play

This is under the following conditions:
– When the shuttle strikes the net and remains attached there. It may also be suspended on top.
– When a shuttle strikes the post/net and starts to fall to the court surface on the side of striker of the net.
– A shuttle is not in play when it hits the surface of the court or a ‘fault’ or ‘let’ has occurred.

The entire charge of tournament is in the hands of a referee. In case an umpire is appointed, he will be in charge of the court, immediate surrounds and the match. It is important that the umpire reports to the referee. Service faults made by the server (in case they occur) shall be called by service judge. The shuttle landing in or out on the line or assigned lines are pointed out by a line judge. The decision by an official is considered final on all points of fact.

Role of An Umpire

– Will upload and impose Badminton Rules and call a ‘let’ or ‘fault’ in case, either occur.
– Make a decision on any appeal related to dispute, when made prior to the next service is delivered.
– Make sure both players and spectators stay well informed of progress of the match.
– Remove or appoint service judge or line judges in consultation with the referee.
– Make arrangement for duties of court official when he is not appointed.
– Play ‘let’ or perform duties of an appointed official when he is unsighted.
– Record and the report all matters about referee (penalties, continuous play, and misconduct).
– Take all unsatisfied appeals to the referee and law questions only.

Badminton Scoring is based on the 21 points system or known as the new rules to most people.

In a game of badminton, there are 5 types of faults. These are:
1. Contact Fault
2. Over the Net Fault
3. Service Fault
4. Receiver Fault
5. Doubles Hit

Most of the time, players do not focus on what not to do while playing badminton. It is crucial to have detailed knowledge on what are you not supposed to do during the game. This will help you avoid losing points unnecessarily. Understanding the above listed fouls will help you master the game.

The same rules are applicable for singles and doubles. However, these rules may get somewhat messy in case of doubles due to the involvement of two players on the court.

6 Things to Expect When in Patna

Popular Tropical Fish Types You Can Find at...

A Guide to Training Martial Arts While Traveling

Top Tips for Flying with Your Bike –...