Top Posts
How to Heal from an Unhealthy Relationship
7 Thoughtful Christmas Gift Ideas For Newlyweds On...
Can You Drink Alcohol After Wisdom Teeth Removal
5 Simple Upgrades That Can Be Made in...
The Advantages of Social Networking Sites for Students
How to Be a Good Blogger on Instagram
Fast & Easy Ways to Stop Your Roof...
Things You Should Know Before Getting A Pool
CTProz Review – A Secure Trading Environment for...
Medic Tours Review – Adding Luxury to Medical...
Home » Adding a Room – How Much Value Does it Add to Your Home?
Real Estate

Adding a Room – How Much Value Does it Add to Your Home?

written by Melanie Peterson September 10, 2019 59 views
In terms of increasing home value, adding a room is one of the most effective strategies. However, there are certain limitations involved regarding just how much value it might add to a home or how much interest it might spark when selling it.

For instance, a house with two bedrooms offers more return on investment (ROI) than does a home with only one bedroom. Additionally, three rooms typically offer more value than a house with only two. However, as you increase the number of rooms to four or more, the increased value begins to taper. Additionally, the amount of interest your home sparks might also decrease because your market will narrow somewhat. 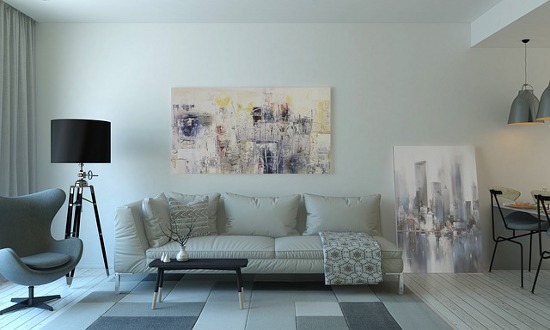 In these cases, adding a room to your home will still add value, but it will not add the maximum value. Instead, the average homeowner must consider the type of room he or she wants to add in order to create the most value. For instance, in some instances, a third, fourth, or fifth bedroom might not add much additional value while a bathroom might add significant extra value.

For a home with only one bedroom, the added value of an additional bedroom can be immense, increasing your home value up to 60 percent. In various housing studies, value has increased with the addition of a second room, on average, by $95,000. This statistic is incredible since the cost to add a bedroom, although still expensive if you cannot do the work yourself, is considerably less. For instance, on average, the cost to add a room is only $10,000 to $80,000, depending on the house’s location and the overall size of the extra room. For homeowners who can do the work without hiring a contractor, the profits can be significant.

In terms of renovation, adding a third room, for instance, is similarly profitable. For instance, even if potential buyers are only seeking two bedrooms, a third bedroom could be used as office, making the house much more attractive to buyers. More important, the addition of a third bedroom adds much of the same value as that added by increasing the number of rooms from one to two. Although the added value drops somewhat, the average increase in value still ranges between $50,000 and $80,000, which is significant. In terms of sales, although a third bedroom might not appeal to all buyers, it still appeals to most buyers.

However, increasing a home’s footprint from three bedrooms to four bedrooms depends on the house’s location. In an area of largely smaller homes, four bedrooms might not be perceived as desirable. Consequently, adding a fourth room might be of little extra value, especially considering the construction costs. However, in a location that involves largely three bedrooms or more, the added value could range between $25,000 and $70,000.

The key to adding rooms to a home and increasing value depends, too, on whether the addition requires new construction or if it can be achieved by dividing one particularly large room into two rooms. Similarly, if you can add a room by finishing a basement, you can increase the value without adding additional foundation and roofing costs. In fact, adding a room (or two) in the basement can significantly raise the value of the house because the finished space immediately adds to the the home’s square footage. In terms of unfinished basements, the space of a basement is typically not calculated as part of the home’s footprint because the space is unlivable. Once you finish it, however, your additional value can be $50,000 to $100,000, or more, depending on your exact location.

Because some estimates put the extra value at $150,000, average homeowners are advised to seriously consider adding one.

If a bedroom does not add value to your home’s existing value, a renovation that involves an extra bathroom can, again, add up to $50,000 to your home’s value. Similar to the bell-shaped curve of value reflected by additional bedrooms, the value of a bathroom declines with quantity. Again, the location of your home determines the value.

Adding a specialty room or converting space into a specialty room may not add much value. Sun rooms, for instance, are notorious for not being able to recoup the construction costs. Pantries do not impact the home’s sale price at all.

Benefits of Work-In-Progress Signs In the Construction Industry

Best Places to find a Property for Rent...

Some Tips to Value a Commercial Property in...

8 Good Reasons Why An Architect Will Deliver...

Why Decluttering is Essential When Selling Your Home

3 of the Best Methods to Sell Your...

How to Transform Your New House into a...

A Step-by-Step Guide for Every Property Buyer

What Are the Important Steps to Start...