Top Posts
The Advantages of Social Networking Sites for Students
How to Be a Good Blogger on Instagram
Fast & Easy Ways to Stop Your Roof...
Things You Should Know Before Getting A Pool
CTProz Review – A Secure Trading Environment for...
Medic Tours Review – Adding Luxury to Medical...
Crypto Wallet Review – An Online Trading Service...
Crypto1capital Review – Why Traders Feel Mentally Relieved...
5 Ways To Get Started With T-Shirt Photo...
Roof Design Ideas to Boost Your Home Curb...
Home » Types of Ants That Call for an Immediate Pest Control
Home Improvement

Types of Ants That Call for an Immediate Pest Control

Of about the 12,000 species of ants worldwide, more than 700 of them are found in the United States. Although not all of them are a nuisance to people, several of them cause enough damage for homeowners to request residential ant control. In fact, ants have been called America’s number one pest due to the growing cases of infestations in homes and businesses.

Ants become nuisances and cause problems primarily when they enter establishments to search for food or water. In some cases, they will also build their colonies on lawns or somewhere near the building. Once they find a good food source, they will often leave behind a trail for others to follow. 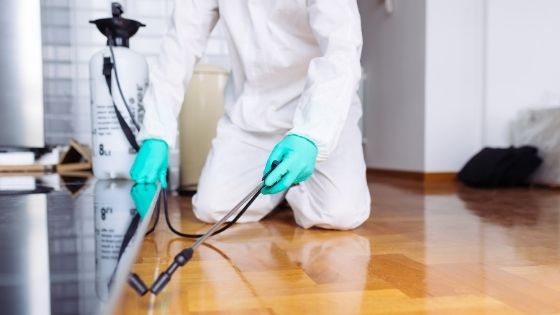 So, what types of ants are common for being nuisances and causing infestations? Here are a few of them:

More than just a nuisance, carpenter ants are known for causing structural damage. They prefer gnawing on various wooden structures, such as tree stumps, old firewood, and rotting fence posts. But, they may also chew through dry, undamaged lumber to create tunnels and build their colony inside. Over time, the infested material’s structural integrity will weaken, especially if the ants have successfully built numerous interconnected nests inside the fixture.

Some carpenter ants are active during the day, but most “work” at night to tunnel through wood to create nests or search for food. Their diet primarily consists of plant and fruit juices as well as other insects. But indoors, they usually feed on sweets, meats, eggs, grease, and cakes.

These ants are called “odorous” due to the foul, coconut-like smell they produce once crushed or threatened. Unlike carpenter ants that build their colonies inside wooden structures, odorous house ants only nest behind fixtures and walls or underneath floorings.

Odorous house ants can contaminate food. They are carriers of bacterial and fungal organisms, which can be transmitted to food items or surfaces once they reach kitchen pantries. These insects can also establish huge colonies that can house thousands of worker ants. Without immediate intervention, they will able to increase their population further, leading to severe infestations.

Pavement ants often nest underground within the cracks of driveways or sidewalks, hence their name. They can also dwell inside buildings, typically beneath floorings or within walls. Pavement ants’ colonies can be easily identified by the mounds of soil they leave aboveground.  But since they’re buried deep beneath the ground, they can be difficult to manage and eliminate, especially if they’re located in multiple areas within the property.

Like odorous house ants, they don’t cause damage to fixtures and structures. But they can infiltrate properties in huge numbers. Pavement ants usually enter buildings in search of food, eating anything edible – even other insects they come across the area.

Fire ants got their name due to the painful and burning sensation that their sting causes. They’re known to be more aggressive than other species, attacking whatever threatens their colonies. They may even sting with more venom than normal when in defense mode.

Red imported fire ants and their colonies are often found outdoors, usually in the soil or nearby structural foundations. But they can also enter buildings through HVAC systems, as well as cracks and crevices. Due to their aggressive behavior and venomous sting, seek professional help immediately as soon as you see them within your property.

If you suspect that ants have invaded your property, call for ant control services in Indiana, Michigan, Ohio, or Illinois. Pest management professionals will perform a thorough inspection to identify what types of ants are present at your home and where their colonies are located. And with this, they can design a viable treatment plan to eliminate the ants visible aboveground and their colonies hidden underground or inside structures.

After solving your pest problem, ant control service providers may also offer ways on how to avoid infestations from recurring. They can seal off all entry points, set up baits, or apply pest repellants on specific areas where they can reenter and reform new colonies. This can help ensure that your property is safe and secure from future ant infiltrations.

Things You Should Know Before Getting A Pool

F&Qs Before You Start Your Home Renovation

Why Furniture Rental is Better than Buying...