Top Posts
Signs of Failed Dental Bone Graft
Why Surround Yourself with Positive People
6 Winning Ecommerce Marketing Strategies in 2022
9 Reasons to Pull Out A New Line...
How Machine Learning is Improving Data Annotation
Will Computer Science be in Demand in 2030
10+ Creative WordPress Portfolio Themes For Designers
Five Benefits of Organic Hair Color
Why Lenders Ask For A High CIBIL Score...
Dental Tools: Things to Consider Before Making a...
Home » Top 10 Eclipse Plugins for Your Java Development Projects
Technology

Despite all the talks of several emerging alternatives, Java remains a top programming language. From mobile apps to web solutions, many developers still prefer Java over other languages. That means the popularity of Java plugins, too, has remained consistently high. It’s due to a constellation of programming advantages offered by Java. From unparalleled interoperability to extensive libraries, Java fulfills an array of diverse coding needs. 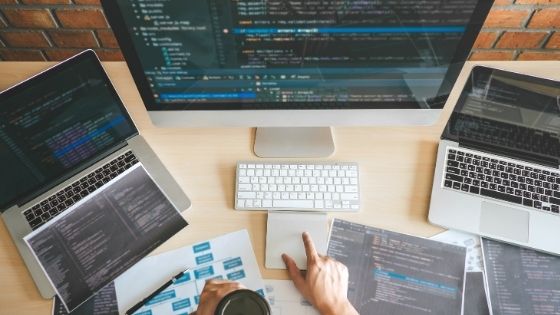 Eclipse is one of the most widely used Java Integrated Development Environment (IDE). Though Eclipse was earlier known as a Java IDE, it has evolved significantly over the past few years. Today, it’s a popular IDE for several programming languages, including Python, Scala, Kotlin, and PHP.

Why Install Plugins for Java Programming?

Plugins enable you to optimize the efficiency of IDEs like Eclipse.  Using a plugin, you could create a deeply customized design for your website or web app. They also allow you to leverage capabilities like rapid web development. Plugins also help web developers detect quality issues in a code, like static code and other bugs. Overall, plugins are a must-have tool for boosting your Java development efficiency.

In this blog post, we’ll talk about some of the most useful Eclipse plugins. These plugins have the potential to change the way you build solutions on top of Java. Read on to power up your Java coding.

Darkest Dark has over a million installs and ranks among the top 10 Eclipse themes. We are all familiar with the growing popularity of dark themes across platforms. Darkest Dark capitalizes on that wave of popularity. It makes the Eclipse UI look like a dark-themed environment. It enhances the appearance of the integrated development environment. Darkest Dark offers simple settings to change color schemes. You could Hire Java Developers and choose from standard dark, light, and customize your solution.

EGit enables you to create a Git version control system for the Eclipse IDE. Git is a distributed SCM. That means you will have all the records of every code revision and edit. It enables you to make queries quickly and precisely. If you work in collaboration with others— which many developers do —, EGit is a must-have tool. The plugin comes pre-installed in Eclipse. That means you don’t even have to manually install the plugin. Just check the configuration per your coding needs and start using it.

Spring is one of the most popular Java development frameworks. The plugin enables you to seamlessly create Spring and Spring Boot projects in Eclipse. Using this plugin, you could go to “start.spring.io” for integration. Spring Tools also supports Java-Config-based coding.

Besides, this Eclipse plugin offers an array of functionalities, including advanced code completion, code validation, content-assist, and quick-fix support for Spring apps. Spring Tools is also incredibly useful for microservice development on the Spring framework. The plugin offers a real-time view of the metrics on the application performance. It enables you to promptly identify and fix issues in any element of the code. Besides, it supports an application for local or cloud-based servers. Spring Tool is available for free for internal business operations and development.

The Maven Integration plugin enables a hassle-free integration of the Apache Maven automation tool to the Eclipse IDE. Java developers use this plugin to manage both single-module and multi-module Maven projects. Plus, you could execute Maven builds via the Eclipse interface. You could also interact with Maven repositories.

The plugin makes your Java development significantly easier by integrating data from the project’s Object Model with the Eclipse IDE. Using this plugin, you can enable Maven functionalities within Eclipse in a natural way.

With SonarLint, you could remarkably improve your code quality. It allows you to highlight code errors, potential bugs, and other issues in real-time. SonarLint is a kind of spell-checking tool for programming languages. It lets you check a set of existing files all at once. Besides, you could exclude the files that you don’t want to check for quality. Using the plugin’s cloud capabilities, you could seamlessly synch all your coding data.

Subclipse is a source-control plugin that allows Java developers to download code from SVN. Then developers could easily perform all the SVV-dependent activities from Eclipse. The plugin is maintained by Subversion core developers and is always in sync with the latest Subversion capabilities. If you need to work on a Java development project hosted on SVN, Subclipse is a must-have tool.

Scala IDE is the best plugin for Scala-based programming projects. It transforms Eclipse into a full-blown Scala development environment. It offers a host of unique features, including support for interoperability between Java and Scala; support for code completion, code alignment, and indentation; and an interactive Scala console along with an integrated debugger.

Test-driven development is on the rise, especially among Java developers. The percentage of a code covered during a test is a prime concern during the TDD development. Ideally, you want your code to be covered 100% in a test run. EclEmma helps you achieve that. The plugin brings code coverage analysis straight to the Eclipse workbench.

You could then analyze test runs for code coverage. The analyses provide summaries of code coverage. The summary is then highlighted in the Java source code editor. Better even, you could do all these without modifying the project or changing any configuration.

JBoss Tools is a compilation of Eclipse plugins. It comprises support for JBoss and related platforms, including Hibernate, Maven,  JBoss AS/WildFly, CDI, OpenShift, Apache Camel, Red Hat JBoss Fuse, and Docker. Using this set of plugins, you could perform a diverse array of activities associated with Java development.

Java developers widely use the TestNG plugin for running unit tests. The plugin allows you to run unit tests from the Eclipse IDE.  You could seamlessly run test suites, groups, or even individual test methods. TestNG reports code errors in a separate tab that lets you jump to a failing test. It also provides templates to create efficient unit tests without writing the code from the scratch.

Plugins and other accessories make your coding more efficient and insights-driven. From redesigning your Eclipse development environment to detecting errors and conducting unit tests, you could use a plugin for everything. But they’re usually not readily available. You must find the plugins that perfectly suit your project’s requirements. I hope this blog post will help you pick the right plugin for your Java Development project.

Amulya Reddy is a Senior Software Developer at Java India, a trusted software solutions provider. Besides his day job of making apps, the author likes to delve deeper into the world of emerging technologies like AI, blockchain, deep machine learning, and edge computing. He periodically writes about Java Development tools and technologies.

How to Build an Email Marketing List as Quickly as Possible

8 SEO Tools Which SEO Experts Are Actually Use in 2021

Simple Way By Which You Can Know...

BitOpps Review – Trade Crypto With The...