Back in 1992, the Centers for Disease Control and Prevention or CDC estimated that 132,000 men would be diagnosed with prostate cancer within the year. CDC added that 34,000 of these men would not survive.

Prostate cancer remains the second leading cause of cancer deaths in men in the US. But the good news is that, since 1992, the disease’s death rate has continually lowered until today. That’s all thanks to the advances in screening and other clinical procedures. Treatment such as proton therapy for prostate cancer has been a big help. 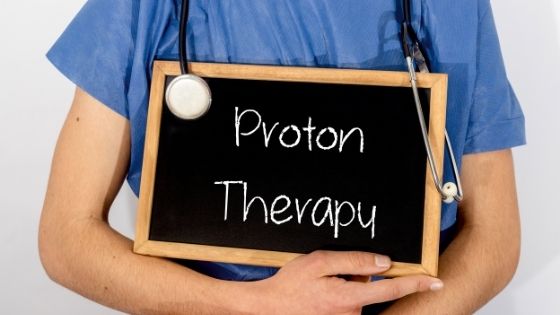 Proton therapy is the most advanced form of radiation therapy, the most commonly used treatment for prostate cancer. But some people may not know much about proton therapy since only a few centers in the US offer the treatment. So, let’s take a look at some of the most frequently asked questions about it.

How is Proton Therapy Different From Conventional Radiation Therapy?

In traditional radiation therapy, the medical team uses high-energy X-rays to destroy the cancer cells in the prostate. But X-rays can damage healthy tissues and expose other nearby organs, such as the bladder and rectum, to radiation. This can cause long-term complications like rectal or bladder inflammation, urinary bleeding, chronic diarrhea, and erectile dysfunction.

With proton therapy, instead of X-rays, the medical team uses positively charged atomic particles called protons. They are directly delivered to destroy the tumor, avoiding the exposure of healthy tissues and nearby organs to radiation. This decreases the risk of the previously mentioned long-term side effects of traditional radiation therapy. Studies have also shown that compared to other forms of treatment, proton therapy has very low rates of other serious complications.

What Are Its Risks or Side Effects?

After the proton therapy session, most people only require little to no recovery time. The patients may feel tired, but they can go back to their normal day and resume whatever activity they have.

Other side effects may gradually occur after each session. This includes fatigue, skin redness or soreness to the treatment site, and hair loss in the treatment area. Erectile dysfunction is also possible, but 94% of men who have undergone proton therapy were still sexually active.

What Is the Success Rate for Proton Therapy?

In 2013, the University of Florida published a study showing that patients who have received proton therapy for prostate cancer were free of the disease five years after their treatment. The same research has also shown that patients with high-risk prostate cancer had a success rate of 76%, while those with low to medium-risk had a 99% success rate.

How Much Does Proton Therapy Cost?

The cost of proton therapy treatment depends on many factors such as the patient’s medical history, condition, and insurance provider. Since building and operating a proton therapy center is an expensive proposition, the cost per daily proton dose may be more expensive than traditional radiation therapy.

However, since proton therapy provides fewer side effects that require medications or treatment, its long-term cost can be much less. This fact is already backed up by several studies.

In addition, some insurance providers in the US, such as Medicare, may cover proton therapy. The patients may only be required to pay up to their annual deductible and/or be responsible for a copayment.

Since proton therapy is not widely available, people may find it hard to look for a center that offers the treatment. According to the National Association for Proton Therapy or NAPT, there are only 37 regional proton therapy centers in the US. In Tennessee, people can find one in Nashville and Knoxville.

Other centers can also be found in Jacksonville (Florida), San Diego (California), Atlanta (Georgia), Boston (Massachusetts), and Baltimore (Maryland). For those who live in Virginia, there are proton therapy centers in Hampton and Falls Church.

What is PRINCE2 Project Management?

Looking for a Therapist? Here is Everything...

Everything You Need to Know About Chiropractic