Top Posts
The Advantages of Social Networking Sites for Students
How to Be a Good Blogger on Instagram
Fast & Easy Ways to Stop Your Roof...
Things You Should Know Before Getting A Pool
CTProz Review – A Secure Trading Environment for...
Medic Tours Review – Adding Luxury to Medical...
Crypto Wallet Review – An Online Trading Service...
Crypto1capital Review – Why Traders Feel Mentally Relieved...
5 Ways To Get Started With T-Shirt Photo...
Roof Design Ideas to Boost Your Home Curb...
Home » What Candy and Meth have in Common
Health Tips

What Candy and Meth have in Common

written by Melanie Peterson January 23, 2019 54 views
When you use meth, the problems pile up. This shouldn’t be too surprising given the recent media attention the disease of addiction has gained in the past decades. Just about everyone is aware of the harm drugs do.

How exactly does someone become addicted to a drug like meth? Those who use meth must do it for a reason, after all. From the outside, the reason is truly perplexing.

The answer, sometimes, is that the person started out the same way many healthy, functioning adults do. Slowly the person graduated to stronger substances until eventually the most potent ones were routinely used. On the other hand, some people are exposed to drugs from early age and follow in the footsteps of those they grew up around. 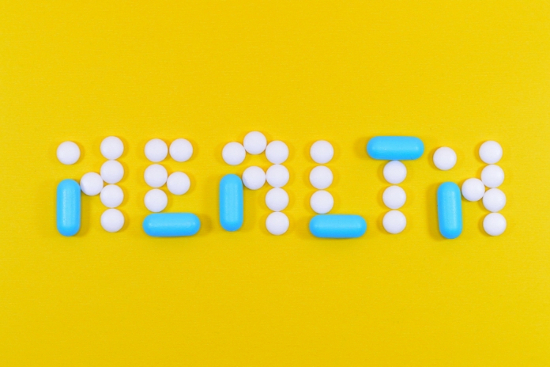 Regardless of life history of meth abusers, there are more than a few of them. According to the NIH, over 12 million people reported having tried meth at least once in their life in 2012.

The National Institute of Drug Abuse, NIH, details the nature of methamphetamine and long-term health effects of meth abuse. Extreme and rapid deterioration of dental health is perhaps one of the most outwardly obvious signs, along with sores on the skin caused by scratching.

Despite facts about the disease aspect of addiction, when the public looks at the scarred, frail, delusional and paranoid individuals addicted to meth, they tend to judge harshly.

Children during Halloween are a prime example of the natural inclination we humans have toward excess and consuming something unhealthy for the effect it causes.

Who hasn’t had a little too much wine, enjoyed a joint or just eaten a piece of chocolate cake when they weren’t hungry. Not everything we do in life is logical and the greater the pleasure the more enticing it is.

Many meth users pursue the substance for the effect in the beginning. Then the drug takes over and it ceases to be fun or enjoyable. It becomes a necessity.

Eventually, meth addiction devastates the quality of life. People are perpetually in trouble with the law, teeth turn black or are missing and they can’t go a few days without the drug.

People with Type II Diabetes can have a similar addiction problem centered around the decisions made about what to put into the body. However, when one compared to the consequences of meth, sugar only affects the person who overuses it.

Candy rarely takes control of the individual to such an extent that a person would be willing to sell their body in order to obtain the drug. People can be addicted to substances of all sorts, but the ones that are most damaging are usually declared illegal.

People who become addicted to a mind-altering are considered to have a mental illness. Meth causes significant changes to the neural processes and pathways in the brain, causing afflicted individuals to struggle with impulsive behavior and cravings so intense that resistance is difficult.

Meth addiction is nearly impossible to overcome on your own. Many meth users report an inability to stop using for any significant amount of time. They may try all sorts of strategies to quit, however, within hours are back looking for a fix.

Often, the cycle of trying unsuccessfully to stop leaves the individual depressed and hopeless, which leads to more meth use.

A lot of people want to know what exactly meth is. Meth is a stimulant that can be used via pipe, pill, needle or snorting. It often comes in the form of a crystal and may be clear or bluish in color.

Meth isn’t the same as ADHD drugs. Both are stimulants and can be ingested in pill form, snorted or injected. The composition of the molecules that make ADHD drugs and meth are strikingly similar, however, the intensity of meth is dramatically higher than prescription amphetamines.

Another common question is can you overdose on meth? The answer is absolutely. Meth easily causes overdose and death. The human body can only handle so much stimulation and, if too much is taken, the heart can stop and other catastrophic physiological events can occur.

People also wonder who can get addicted, and the answer is anyone, a person who uses it once can become addicted. No one is immune to addiction and people from all demographics have become victims of this deadly mental illness.

You can continue the same way you have been and your life and options will get worse. There is no hope for those who continue to try controlling their using. Those who convince themselves that drug abuse will not end badly for them are also doomed to a life of misery, disease, confinement and ultimately death.

There is another way and millions have figured out how to stop using and live a life without pain or cravings. Different people have chosen different paths, such as SMART recovery, 12-step programs and others.

Most treatment centers are 12-step based due to the masses of people for which this method works. 12-steps have been incorporated into a number of different programs which have essentially the same message.

Narcotics Anonymous, Cocaine Anonym, Crystal Meth Anonymous, Alcoholics Anonymous, and Pills Anonymous all work with those struggling with addiction and provide guidelines for a better way of living.

“No matter how far down the scale you have gone,” says the Big Book of AA, you can find the happy ending you have always wanted. No one is ever too far gone. The greater the desperation, sometimes, the better the recovery.

If you need help overcoming an addiction to meth or any other drug, reach out and get help today. You deserve to be happy and free!

Simple Steps to Rejuvenate Your Skin

The Most Helpful Massage for Arthritis