Top Posts
5 Tips for Having a Successful Dating Life
Unlocking the Potential of AI and Machine Learning...
Leveraging Data Management eCommerce for Benefit of Your...
A Timeless Valentine’s Day gift for Wife
How to Find Best Jobs Online?
Uniquely Delivered: Online Gift Delivery
How to Choose A Home Builder: 8 Questions...
8 Awesome Features You Might Not Know About...
Steps Of Learning To Invest In Real Estate
Benefits Of Installing A Canopy At Your Home
Home » Do Tonneau Covers Really Improve Gas Mileage?
Automobile

With all the claims around the performance benefits of improved aerodynamics that sound too good to be true, it’s no wonder truck lovers are reluctant to believe that tonneau covers help fuel economy. It’s especially dubious when you see claims like 10 or 11% improvement, which is something many performance parts built for fuel economy don’t even claim. You’re right to be skeptical, because the evidence about tonneau covers and gas mileage is mixed, but it does lean toward the conclusion that they provide some fuel economy benefits. 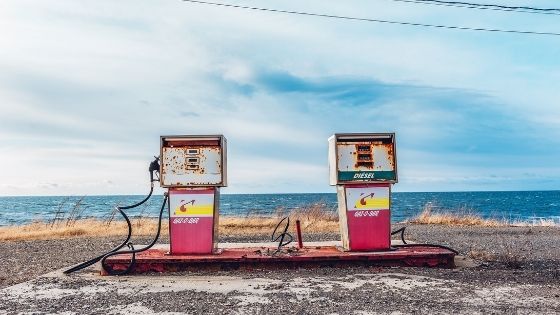 A Dearth of Data

The biggest ever study of tonneau covers and truck fuel economy occurred in 2007 and was funded by SEMA, an industry trade group. It found that on average the covers reduced fuel consumption between about two and five percent. This big study had a whopping 13 covers tested on four different trucks, so it wasn’t exactly exhaustive. It also didn’t provide for comparison between tonneau styles or for cross-comparison to see if different trucks had different ideal tonneau choices for performance. As a result, it can be safely assumed a new MX4 bakflip will help a little with fuel economy, but it won’t be a budget saving difference for most people.

Outside of the SEMA study from 2007, there have only been two major attempts to replicate the results. Both concluded that tonneau covers neither help nor hurt fuel economy, but neither had as many cover and truck combinations as the original SEMA study. Today, the opinions on the subject seem to turn on whether one believes the industry association would design biased tests, an assumption with no evidence behind it.

So Should You Buy a Tonneau Cover?

If you’re looking for improved fuel economy, you will probably get more for your buck out of performance wheel and tire packages that help with handling, acceleration, and other features that directly impact your fuel consumption. If you’re shopping for a truck bed cover anyway and you’re interested in a possible increase in gas mileage, then it’s a great purchase. At the least, the cover will not hurt your gas consumption, and the mild benefits it could provide will help upgrades like performance rims and tires to improve the fuel economy of your truck even more.

Other truck bed styles like camper shells have not been specifically tested to see if they improve the fuel consumption of trucks as a whole, at least not in the most recent design era. As a result, no one knows if they help or hurt gas economy. With a tonneau cover there may not be a huge pile of evidence for a direct increase in mileage, but there is plenty of evidence that they won’t hurt fuel economy at all, and that is a great reason to make the investment in and of itself.

Your truck bed deserves protection, and you could use the extra enclosed cargo space when you aren’t on a big job. If you happen to get an extra day or two out of each tank of gas, that’s just an extra perk. Check out your options for truck bed covers today and find the style that fits your ride.

Reasons to get a Cosplay Costume

How to Leverage RPA for Data Analytics?

Are You Thinking Of Buying A Car For...

7 Tips for Purchasing a Car from Another...

Top 4 Ways To Provide Protection To Your...

Buying a Second-Hand Bike? Here are all the...

The Basic Car Maintenance Checklist: How to Take...

Drive for a Rideshare? Consider 5 Ways to...

7 Important Things to Look for When Buying...

Personalizing Your New Car: What Are The Tips...

Buying a Second-Hand Bike? Here are all...

How Can You Get Your EZ Pass...

Personalizing Your New Car: What Are The...