Top Posts
How to Heal from an Unhealthy Relationship
7 Thoughtful Christmas Gift Ideas For Newlyweds On...
Can You Drink Alcohol After Wisdom Teeth Removal
5 Simple Upgrades That Can Be Made in...
The Advantages of Social Networking Sites for Students
How to Be a Good Blogger on Instagram
Fast & Easy Ways to Stop Your Roof...
Things You Should Know Before Getting A Pool
CTProz Review – A Secure Trading Environment for...
Medic Tours Review – Adding Luxury to Medical...
Home » 3 Types of Oldies Entertainment to Hire
Entertainment

3 Types of Oldies Entertainment to Hire

The good old days’ have been talked about nonstop since the moment they ended.  The golden age of music lasted from the 1960s to the 1990s, the incredible live performances and the best media you could consume were all wildly available.  Even watching old movies and concerts, etched and grainy on film because of the passage of time, there is warmth and depth that’s hard to find now. That is unless you know where to look!  Here are three types of oldies entertainment you can still see to this day. 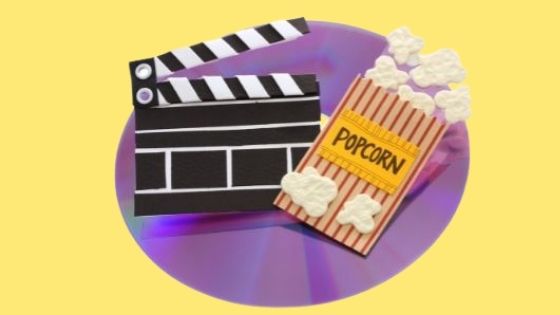 With Marvelous Mrs. Maisel’s popularity bringing people’s attention back to classic comics and comedy clubs, a lot of people want to recreate that magic.  As the show makes clear, a joke that’s been repeated for the last sixty years isn’t going to get the same number of laughs.  Instead of rehashing the same old tricks, many comedians are making new spins on the oldies while keeping the same classic feeling.  Despite smoking not being allowed inside a few cities, you can still find some of this smoky magic.  Look for traditional comedy clubs in your area, and try to get in early: you don’t want to miss a moment.

Musical oldies have a place among the most popular media out there.  The warmth of a record player bringing it to life, or the hum of a radio pouring out crooning tunes through the kitchen in the evening, can come up with strong memories for people even if they weren’t alive for this era.  Although the golden age of music is said to be from the 1960s to 1990s, there’s something special just a little further back in the 1940s and 1950s that can’t be overlooked.  Frank Sinatra, going from singing to acting and back again, offered something beautiful and heart wrenching for anyone who listened.

The magic didn’t die with him and instead passed on through to his grandson Michael Francis Sinatra, who has a way with his voice as well.  While singing, he’s able to bring through some of this honey-golden feeling that a lot of older music holds and keeps the magic alive.

A great play never dies. Whether it’s Guys and Dolls playing for the millionth time, or West Side Story snapping us to attention, the classic theater has something that no other theater has.  Luckily, this type of entertainment has been kept alive more thoroughly than any other.  Because of how catchy the music is and how timeless the stories are, these productions are put on in tons of school gyms and local theaters every year.  You don’t have to go far to find a version of it: but you should keep an eye out for a good production!  Please pay attention to which theaters get the most awards for their performances, and look around for companies who attempt to stick to the classics.  You can hire local actors to act out parts of your favorite pieces if you don’t want to wait and hope some theater will put on the show.

Factors to Consider When Picking an HVAC Company

8 Weight Loss Myths you should Avoid

Is AniMixPlay Legal and Safe to Watch Anime?

Why is the Popularity of Online Movie Sites...

Escape Room Technology: A Look Inside the Escape...

How Could I Compose Heart Touching Lyrics for...

How Could I Compose Heart Touching Lyrics...

Escape Room Technology: A Look Inside the...

Is AniMixPlay Legal and Safe to Watch...