Top Posts
How to Take Good Care of Your Home
Top 10 Low Cost Business Idea For Graduate...
Key Investments For Workplace Health And Safety
5 Tips to Manage Your Time and Study...
How to Get Bigger Forearms with a Few...
Salsa Dancing: How to Find the Perfect Pair...
5 Resources to Help You Pay Your Bills
8 Tips to Help You Achieve a Better...
All You Need to Know About the Australian...
Top 15 Best Small Scale Business Ideas For...
Home » Will Computer Science be in Demand in 2030
Technology

George Forsythe, a mathematician and the creator of the computer science program at Stanford University, is credited with coining the term “computer science” in his article “Engineering Students Must Learn Both Computing and Mathematics.” The ability of computer science to create a variety of potent predictive analytic tools, artificial intelligence (AI), and robotics that are today utilised across a wide range of industries has increased along with the power of computers.
The demand for skilled and gifted computer scientists has increased as the field has developed. A large network of opportunities in the discipline has been made possible by the increase in the number and specialization of computer scientists. In fact, of all occupations, computer science has some of the highest job demands. Will computer science still be in demand in 2030, given how quickly technology is developing and changing? 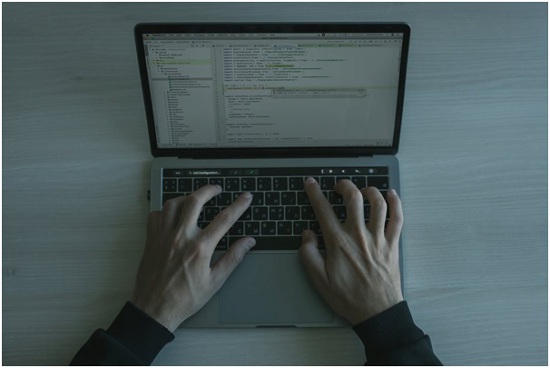 What is a computer science master’s degree?

For a number of reasons, programming languages receive a lot of attention in software engineering and theoretical studies. These programs typically place a strong emphasis on teamwork and software security. This specialty often covers computer systems, compilers, and databases.

A highly-liked concentration in master’s programs in computer science is the study of AI principles and methods, as well as fundamental knowledge on topics like logic, probability, and language. Other subjects addressed in the AI concentration include robotics, image processing, network theory, machine learning, and bioinformatics.

A new generation of programmers, analysts, and developers who are skilled in big data analytic methodologies must be created in order to efficiently analyze enormous datasets. A solid foundation in such techniques, including parallel programming, visualization, and predictive modeling, is provided by a data scientist specialty.

The intersection of computer science and biology is a focus of the field of bioinformatics. Students that enroll in bioinformatics studies learn how to analyze and interpret biological data. Medical applications of technology, such as genome sequencing, and computational biology, are commonly used in this field of study.

Future possibilities are pointed up by the complex issue of whether computer science will be obsoleted by emerging technologies. It is safe to say that the field of computer science is responsible for the current prosperity and expansion of digital technology.

Jobs in computer science and software engineering are at risk due to the same technologies’ rapid advancement. Find out the main arguments for and against technology replacing computer science in the near future by reading on.

In 2030, will there be a need for computer science?

Over 33,000 computer scientists currently work in the US, and that number is expected to rise, according to the US Bureau of Labor Statistics (BLS). Over the next ten years, there are expected to be, on average, 3,200 jobs for computer and information research experts. Additionally, the industry of data science has a wide range of expertise.

The field of computer science frequently encompasses jobs like computer systems analyst, web developer, database administrator, and cybersecurity manager. In the upcoming years, growth is anticipated to continue. It is evident that computer science will remain relevant for at least the next ten years. But as particular specialities advance due to market factors and new technological advancements, it will change.

Which CS-required jobs are anticipated to remain in demand and which will be automated?

System automation made possible by cutting-edge AI technology is one of the largest threats to the requirement for human talents across computer science professions. The labour that was formerly done by computer scientists has been replaced by AI automation in many of the most lucrative businesses. Examples of how this technology is developing and affecting programming employment include AI automation in software application development, AI analytics in content marketing, and AI online systems in biotechnology.

Despite the rapid development of artificial intelligence (AI) and automated software, computer science remains a fundamental component in many top companies. For automation software to run without faults, human input and expert knowledge of computer hardware and software systems are essential.

The Role of Human Input in Computer Science Technologies and Jobs

Computer science continues to be a crucial component in a variety of top businesses, despite the rapid development of artificial intelligence and automated software technologies. For automation software to run without faults, human input and expert knowledge of computer hardware and software systems are essential.

In the next ten years, computer science won’t go out of style, but it will undergo significant change. It is very impractical to set a date for the disappearance of the field of computer science. Focusing on the development and growth of technology’s influence on this subject is more appropriate.

Do You Fear That PDF Would Clog Up...

3D Digital Avatars in Metaverse: How Many Types...

Unleashing The Power Of DevOps In Business Intelligence...