Top Posts
Solar Energy Benefits Detriments
How to Buy the Perfect RTA Cabinets Wholesale?
Things to Consider While Buying Godrej Refrigerator for...
A Detailed Guide on Flutter Web App
White-Label NFT Platform: The End of an Ever-Expanding...
Best VPNs for Travel in 2023
6 Gaming Setup Ideas for Inspiration
12 Easy Tips to Improve Your Natural Beauty
The Best Packing and Moving Services to Relocate...
The Benefits of Flowers in Making Us Happy
Home » Sleep Apnea: 6 Things you Should Never Believe
Health Tips

Losing a good night’s sleep to the loudest snoring of people sleeping next to us is possibly the most annoying thing. Facing the situation, we are more likely to go for an anti-snoring pillow or a nasal dilator, but we can barely relate it to an underlying health condition. To your surprise, Sleep Apnea can be the culprit for your interrupted sleep.

Obstructive sleep apnea can be the reason behind your obstructive or interrupted sleep. Sleep apnea refers to the medical condition where you tend to stop breathing for shorter periods of time while sleeping. This makes you deprived of oxygen and gasping and compromises the quality of sleep. Poor quality sleep is responsible for reduced productivity and compromised health conditions in general. 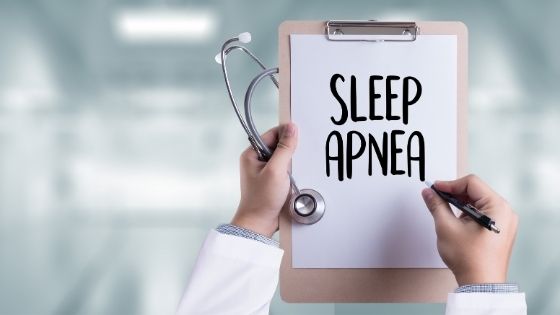 A few years back I found that my brother was suffering from sleep apnea and we rushed to the best ENT specialist in Lahore and started his treatment there. While dealing with sleep apnea, I came across some of the misconceptions that were interfering with his treatment outcomes. In case, if you are going through a similar experience, this article is for you;

What is sleep apnea?

Obstructive sleep apnea is the condition in which a person experiences the partial or complete blockage in airways while sleeping. Sleep apnea is usually associated with snoring but not everyone who snores has the problem. Besides snoring, other symptoms of sleep apnea include;

Just like other problems, sleep apnea can increase one’s risk of developing certain diseases including:

Things you most commonly hear about sleep apnea

Sleep apnea is a treatable problem and can be cured using several medicines and home remedies. But misleading information and generally accepted opinion about the disease is interfering with the disease treatment. Some of the myths about sleep apnea are

1. If you’re snoring it means you have sleep apnea

Sleep apnea is usually associated with snoring because the sufferers have trouble breathing while they are sleeping resulting in snoring. Besides snoring, people also suffer from sleep deprivation during daytimes. But a person who is snoring does not necessarily have sleep apnea.

2. Obesity is resulting in sleep apnea

3. More sleep can help you with sleep apnea

4. Only adults suffer from sleep apnea

Well, the general perception about sleep apnea says that it only affects the adult but you need to know that children also suffer from sleep apnea. The problem of sleep apnea is equally common among people of all ages.

While it is said that snoring is related to sleep apnea, a similar opinion states that sleep apnea sufferers always have loud snores. Talking about the facts, many people who suffer from sleep apnea don’t snore; instead, they depict other symptoms including gasping air and laboured breathing at night.

An ENT specialist is a person who can figure out the right cause behind the problem. I remember when my brother was getting treated at Jinnah hospital; a lady who just had a raspy mouth on waking up was diagnosed with sleep apnea.

It is true that gender acts as an important risk factor for various diseases (i.e. diabetes, cardiac health problems), but that’s not the case with sleep apnea. Just like other diseases, it is commonly believed that sleep apnea is particularly men’s disease; however, women are equally prone to develop sleep apnea as men.

Contribute to a Healthy and Safe Environment with Carpet Cleaning Practice

6 of the Most Popular Skin Cosmetic...