Top Posts
Advantages of Hiring a Caterer for Your Next...
The Complete Guide to Conduct A Virtual Event
Signs of Failed Dental Bone Graft
Why Surround Yourself with Positive People
6 Winning Ecommerce Marketing Strategies in 2022
9 Reasons to Pull Out A New Line...
How Machine Learning is Improving Data Annotation
Will Computer Science be in Demand in 2030
10+ Creative WordPress Portfolio Themes For Designers
Five Benefits of Organic Hair Color
Home » 8 Effective Natural Ways of Treating ADD/ADHD Affordably
Health Tips

In recent years, many pharmaceutical companies have increased their production of attention-deficit disorder (ADD) or Attention Deficit Hyperactivity (ADHD) medications. There are several different ADHD medications out there that can alleviate symptoms by enhancing and balancing special body chemicals called neurotransmitters. Stimulants such as Adderall and Ritalin can be used to help a kid with ADHD ignore distractions, improve concentration, and stay focused. 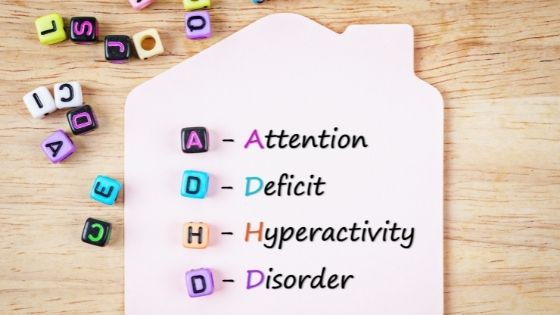 However, some of these drugs can potentially cause serious side effects such as heart problems, mood swings, loss of appetite, and sleep problems. A 2010 Australian study concluded that some of the ADHD drugs increase the levels of diastolic blood pressure in children aged between 5 and 14 years old.

Thankfully, many other natural remedies can help improve the symptoms of ADD or ADHD in children by curbing hyperactivity and controlling impulsive behavior. These alternative ADHD treatment options can help improve a child’s ability to pay attention, decrease stress, and boost academic performance. Here are 8 tips on how you can treat ADD/ADHD naturally without spending money on medications.

Medical experts argue that certain food preservatives and colorings are responsible for causing increased hyperactivity in some kids. Some of the most notorious foods with preservatives and colorings are fruit juices, salad dressings, smoked haddock, candy, breadcrumbs, gelatin desserts, pickles, and soft drinks, etc. So, if you steer away from food colorings and preservatives such as sodium benzoate, tartrazine, Allura red, and sunset yellow, you’ll improve the ADHD symptoms in your child. Besides, your child will become more organized both socially and academically.

Encourage your child to engage in physical activities such as exercising. Exercising is an effective natural way of boosting the brain’s serotonin, dopamine and norepinephrine levels. All these chemicals affect a human being’s ability to focus and pay attention.

Exercising works the same way as Adderall and Ritalin in improving ADHD/ADD symptoms. But, unlike the drugs, your child doesn’t require any prescriptions or risk suffering from the aforementioned side effects of ADHD medications. Simple physical activities such as skateboarding, gymnastics, dancing, playing soccer, jogging, and martial arts can work the trick. The social element of participating in team sports is a great way of keeping your child interested in exercising.

A diet that restricts a particular allergen can help reduce the symptoms of ADD in children. Consult with an allergy doctor to know the types of food your child should avoid if he or she has certain allergies.

Some of the types of foods that are popularly known to be potential culprits include:

Studies, including the 2017 Journal of Lipids, show that people who take more Omega-3 fatty acids are beneficial to people suffering from ADD-related symptoms. Foods such as Fish oil that have higher levels of EPA (eicosapentaenoic acid) form of Omega-3 active compound can help children with impulsivity and hyperactivity issues. The effectiveness of EPA and another Omega-3 active compound called DHA (docosahexaenoic acid) depends on the type of ADD/ADHD symptoms your child is experiencing.

Yoga has been associated with the treatment of ADHD. According to a 2013 research, Yoga classes were found to be effective therapeutic options for alleviating ADD symptoms. The research concluded that children with ADHD who did yoga regularly experienced a remarkable improvement in social problems, hyperactivity, and anxiety.

Another earlier study also suggested that Tai Chi had a similar effect when it comes to improving ADHD symptoms in teenagers. Researchers noticed that the respondents who practiced Tai Chi were not hyperactive. Teenagers who were actively involved in Tai Chi classes twice a week for 5 weeks displayed fewer inapt emotions.

Well, technological advancements have brought about good tidings in every sector, including entertainment. Today, you can find children below the age of eight years who know how to play computer games and use mobile devices such as smartphones, tablets, and laptops without the assistance of adults.

While this is a good thing, you need to limit the amount of time your child spends behind the Television or playing video games on PCs. For instance, your teenager should spend at least 30 minutes a day engaging with these tech-related devices. This is very important because too much digital or screen time may increase the inability to pay attention, hyperactivity, daydreaming, and impulsivity.

Parental therapy can work miracles in helping children with severe cases of ADD/ADHD. The American Academy of Pediatrics concurs that behavioral/parental therapy is a great ADHD treatment option in young children.

It’s a behavioral modification approach that can resolve certain problematic behaviors in children and offer solutions for preventing them. Parental therapy involves setting up specific rules for your child to follow and goals to achieve. Parental therapy is more effective when used along with medication.

Behavioral therapy provides parents with the tools they need in helping their children with ADD thrive. To employ this approach, parents need to be equipped with the techniques for working around various behavioral problems that affect children.

Train your child to get enough hours of sleep every night. Although having ADD/ADHD can disrupt good sleeping patterns, try and avoid being hyperactive. For instance, procrastinating on a school assignment to the eleventh hour can mean going to bed late. Being too busy or hyperactive can make falling asleep difficult.

Lack of enough sleep makes it hard to wake up early because you’re sleep-deprived. Failure to get enough hours of sleep affects your mood and the ability to stay focused at all times. Although reorganizing your sleeping patterns for the better might sound like an impossibility, it’s a great natural remedy for ADD/ADHD.

There are several effective natural remedies for alleviating ADD/ADHD symptoms without using any medications. It’s important to remember that finding the right natural remedy for your child may require some trial and error approaches. This is mainly because every child reacts somewhat differently to each type of ADHD medication. The best and easiest approach is seeking advice from a licensed doctor, therapist, or dietician with experience in handling ADHD cases. If you consistently inculcate these natural remedies in your daily routine, you’ll gradually start noticing a significant improvement in the ADD/ADHD symptoms.

What You Need to Know About LASIK...