Top Posts
Advantages of Hiring a Caterer for Your Next...
The Complete Guide to Conduct A Virtual Event
Signs of Failed Dental Bone Graft
Why Surround Yourself with Positive People
6 Winning Ecommerce Marketing Strategies in 2022
9 Reasons to Pull Out A New Line...
How Machine Learning is Improving Data Annotation
Will Computer Science be in Demand in 2030
10+ Creative WordPress Portfolio Themes For Designers
Five Benefits of Organic Hair Color
Home » Top 6 Cross-Platform Mobile App Development Technologies to Use in 2021
Technology 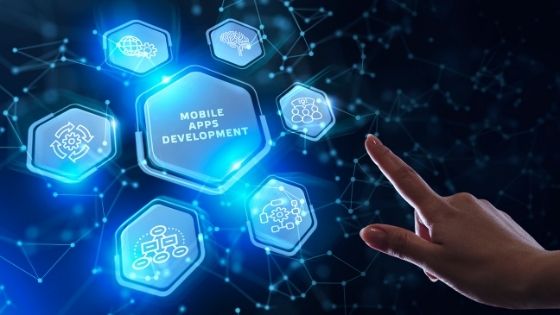 Xamarin is a unique cross-platform framework developed to solve the issue of disjointed native tech stacks that made mobile application development very difficult and costly. This amazing framework is centered on the open-source employment of the .NET framework called Mono. This employment incorporates its own C# compiler, runtime as well as core .NET libraries.

The main goal of Xamarin is to run programs written in C# on multiple operating systems including Windows, macOS, Unix systems, etc.

Created and launched by Google in 2017, Flutter is the youngest, open-sourcecross-platform framework. This framework helps you to build mobile apps using a common codebase. Flutter uses the Dart, an object-oriented programming language and not JavaScript, unlike other cross-platform app frameworks.

The Hot Reloading feature of Flutter enables developers to modify code and view the results right away. The app can be updated in no time. Flutter allows you to create cross-platform apps for Android, iOS, and other mobile platforms. Today, Flutter is the only option to build an app for the Fuchsia OS. Below are some of the major advantages why people prefer to invest in a Flutter app development company.

Appcelerator Titanium is a JavaScript-based SDK that allows developers to create cross-platform applications that are rich, native, and scalable, using a single code base. Being an open-source framework with thousands of APIs, Titanium is the most effective solution for delivering a fast and seamless user experience as compared to the traditional native platform.

According to Wikipedia, about 10% of all mobile phones across the globe use a Titanium-based app. Titanium’s community of developers frequently makes contributions to enhance the framework for better cross-platform mobile app development.

Furthermore, independent developers, software providers, and other partners create high-quality modules for extending the capabilities of the Titanium SDK with mobile interface controls, take advantage of native platform APIs, and access third-party services. Here are some of the reasons why enterprises hire mobile app developer who hold expertise in Titanium app development.

Adobe PhoneGap is one of the most efficient cross-platform mobile app development technologies. This amazing framework is based on HTML5, CSS3, and JavaScript which makes it the most preferred framework amongst web and app developers. PhoneGap supports all popular platforms such as iOS, Android, Windows, Blackberry, and Bada.

It is backed by a powerful backend system that ensures rapid app development. The framework is suitable for developing simple applications without any native mobile phone features.

Ionic is a free, open-source framework based on AngularJS and Cordova. An app development company can leverage Ionic for delivering hybrid app development services. Ionic is simple and easy to learn and write and is supported by a huge community of developers.

Ionic enables web developers to develop, test, and deploy high-quality cross-platform mobile applications very quickly. It also combines CSS and JavaScript with HTML and numerous third-party plug-ins and extensions. However, it is highly dependent on plug-ins for high-end features.

AngularJS vs Vue.JS – Which is the Best Front End Development Framework?

The Benefits Of Switching To Solar

Let’s Learn the Difference Between Editing and...