Top Posts
Solar Energy Benefits Detriments
How to Buy the Perfect RTA Cabinets Wholesale?
Things to Consider While Buying Godrej Refrigerator for...
A Detailed Guide on Flutter Web App
White-Label NFT Platform: The End of an Ever-Expanding...
Best VPNs for Travel in 2023
6 Gaming Setup Ideas for Inspiration
12 Easy Tips to Improve Your Natural Beauty
The Best Packing and Moving Services to Relocate...
The Benefits of Flowers in Making Us Happy
Home » Best Racing Games For Mobile
Technology

Games are part of every individual’s life, either student or professional. There are more than hundreds of games which one can play on PC and mobiles. Games categorized into educational, entertaining, animation and racing. There is always a purpose behind a game. There are some games with a concept to educate kids or school-going children. 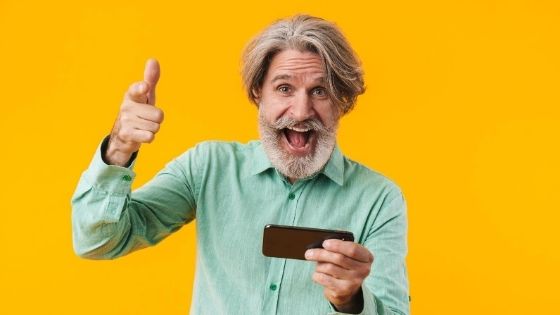 Racing games are a unique type of games which played by all age players either kids or old age ones. Little kids feel excited while playing different kinds of racing games. these games are easy to play than other games. some of the common types of racing games listed below:

Video games are the most required games by children. Video racing games fill the user with extra energy, and they put all power in winning from the other participant. Moreover, racing games are easy to learn and play. That’s why most of the new players start with racing games on mobile or PC.

Mobile and other technological devices not only used for communicating the people living in the other corner of the world but also used for playing games. in this age of technology, all age group people involved from kids to elders. Different games played on mobile, but racing games are more popular than other games. a list of the best racing games for mobile with the brief description given below:

Beach buggy racing 2 is one of the racing games for mobile which is free to play. This is a kart racer game with unique abilities. Under this game, the player has to track different locations; every location has its barriers and obstacles. There are more than 45 power-ups and 40 karts to collect on different game modes. This game with different kinds of features is good overall.

This game named “Dirt Trackin’2” is the sequel of an excellent racing game. But overall, this sequel is quite good. The games have more than five features which are amazing at all. Its cost is $3.99 to play on mobile. The only lacking thing of this game is its graphics which are a little inferior compared to other racing games. Moreover, its level of customization is very well.

This game named “Grid Autosport” is not free to play a racing game on mobile. It will cost you $9.99 only. It considered the best game launched in 2019. There are a total of 100 races with the boast of 100 cars. It is a single-player game where the player has to adjust with different difficulties. This game recommended as the easiest one from a list of sports as it let the player feels like complete with the game.

It is one of the latest games from Gameloft is free to play on mobile. It has excellent features with excellent graphics and reliable mechanisms. There are more the 800 events in this game which segregated from weekly to monthly; a single player can unlock more than 50 cars. It follows a fermium strategy.

This game named” CSR racing” is a series of different popular racing games. This racing game is free to play on mobile. The player buys cars and upgrades in the game. The different admiring features of this game include; campaign modes and plenty of races. One can play it online with other friends or players. There are various cars to collect while playing. Overall its graphics and races are good enough.

Why Consider A Roof Replacement?

The Benefits Of Switching To Solar

How Can Parents Track Their Kid’s Mobile...

Before You Take Your Trading Disputes to...

BitOpps Review – Trade Crypto With The...