Top Posts
Solar Energy Benefits Detriments
How to Buy the Perfect RTA Cabinets Wholesale?
Things to Consider While Buying Godrej Refrigerator for...
A Detailed Guide on Flutter Web App
White-Label NFT Platform: The End of an Ever-Expanding...
Best VPNs for Travel in 2023
6 Gaming Setup Ideas for Inspiration
12 Easy Tips to Improve Your Natural Beauty
The Best Packing and Moving Services to Relocate...
The Benefits of Flowers in Making Us Happy
Home » Driving Under The Influence 101: Four Reasons Why You Should Hire a DUI Attorney
Law

Driving Under The Influence 101: Four Reasons Why You Should Hire a DUI Attorney

The aftermath of a driving under the influence (DUI) charge can change your life significantly. Paying higher insurance premiums, losing your driving privileges, as well as getting your license revoked are only among the handful of consequences you will encounter once you have been proven guilty. Additionally, the penalties only get tougher and tougher with each repeated offense.

So, if you are facing a DUI charge, it is important to find a Denver DUI attorney right away. Here are some reasons why you shouldn’t have second thoughts about hiring a DUI defense lawyer. 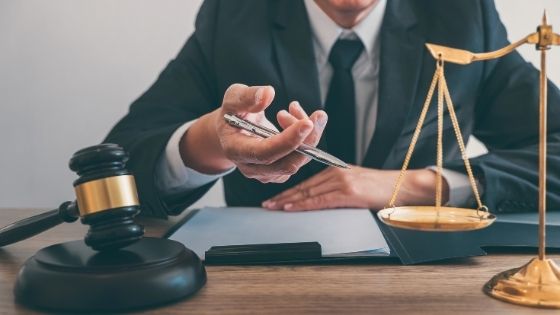 They Are Highly Knowledgeable About DUI Laws

The laws regarding a DUI charge are very complex and can even vary from one state to another. For instance, the state of Colorado has no lookback or washout period. This means that regardless if the offender got their second DUI offense 15 years after the first one, that would still be considered as a repeated offense.

Meanwhile, in California, the lookback period for a DUI charge is 10 years. So if an offender got charged again 11 years after their first offense, then they will still likely be considered as a first offender.

Through years of handling numerous cases, there is no doubt that defense lawyers have obtained and developed extensive knowledge of the ins and outs of DUI laws. They will use this to build a strong defense strategy to deflect your charges or even have it dismissed altogether.

Since the most common violation of a DUI arrest is scoring a high blood alcohol test, your attorney may use rising blood alcohol content or faulty breathalyzers as reasoning to counter your charge. Another reason to hire a DUI attorney is that they can conduct further investigations of your case. They can summon expert witnesses to support your defense that can dim the possibility of a jail sentence.

They Can Represent You in Court and File Necessary Documents

When you have the best traffic lawyers, you can skip attending the court session and have your attorney attend on your behalf instead. Although, you can still be summoned by the judge to stand before the court as needed, knowing that your lawyer can attend when you opt out will help you focus on yourself or your family.

Apart from that, DUI charges require a ton of documents. Completing and compiling each of them can be stressful. Fortunately, you can count on your attorney to file the paperwork on your behalf. Not only will this spare you from getting more stressed than you probably already are, but it will also prevent you from completing or filing the wrong forms.

They Have Great Negotiating or Bargaining Skills

Regardless if it is a first or repeated offense, the gravity of your case will boil down to whether anyone was hurt or injured by the incident. And if one or more people in the opposing party have been proven to have received injuries, you will likely face jail time. This is most especially if your blood’s alcohol level was high during the collision.

DUI defense attorneys are great communicators, and when the worst-case scenario happens, they can and will fight for your reduced sentence. Through years of practice, they have likely built professional relationships with the prosecutors who are overseeing your case. They might have also talked them over to grant you a plea bargain so you can obtain fewer penalties.

Are You Facing DUI Charges? Turn to a Trusted Denver DUI Attorney Today

A DUI charge can be tough to beat, but having good traffic offence lawyers on your side can really make a huge difference for your case. Discussing your legal concern with an attorney can help you make well-informed decisions about what steps you should take after you have been charged. So whether it is your first, second, third, or even fourth DUI offense, don’t hesitate to get in touch with a reliable DUI law firm right away.

Hey! I Recommend Sculptshe Official to You

5 Ways to Revamp Your Business After COVID-19

Everything You Need to Know About Bail Bonds

How to Make a Claim for Worker’s Compensation

How to Choose the Best Divorce Lawyer?

Personal Injury Claims: What You Need to Do

8 Reasons Why a Lawyer is Crucial to...

Claim Justice Review – What Perks do you...

Consider These Things Before Hiring A Real Estate...

Car Accidents That A Personal Injury Lawyer Can...

Things You Need To Know About Divorce...

Everything You Need to Know About Bail...